The iPhone 5s, Apple’s current flagship, is scarcely six months old, but in smartphone terms, it’s an old-timer. In a day when our supposedly beloved handsets have a shelf-life of around one year before we dispose of them and look for something else, it shouldn’t come as too much of a surprise that talk of the iPhone 6 has been prevalent for a good few months already. And now, an interesting concept of the next-gen Apple smartphone, which packs a sumptuous, iPad Air-like design, has been showcased by perpetual designer Ran Avni, and in combining the most popular iOS device with best-designed gadget on the Cupertino company’s roster, there was only going to be one outcome..

Having seen a bunch of concepts from Avni and his friends in the past, including some with curved displays, we’ve already lived the dream several times over. But for the sake of torturing ourselves just one more time, this iPad Air-esque handset – a video of which you can check out at the bottom of the article – sells us yet another inspired idea that unfortunately won’t see the light of day.

Packing a 4.5-inch display, which is slightly lower than the 4.7-inch panel we’re expecting of the smaller iPhone 6 variant, this concept’s main attraction isn’t so much in the size of the display, nor the fact that it happens to be curved. The gorgeous design, which reminds us of the iPad Air as well as the iPod touch, would make for a great overall aesthetic, and with some suggestions that the iPod nano will be influential in the iPhone 6’s form factor, we can only but hope that Avni’s concept is at least vaguely indicative of what we’ll be expecting. 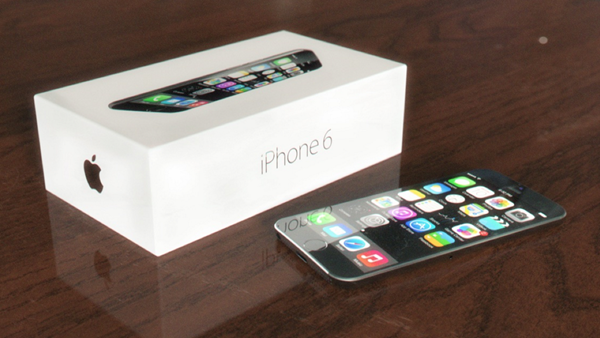 One aspect unlikely to feature with the real thing, though, is a curved display – especially one similar to what is shown here. While I can, to a degree, understand vertically curving a display to create a more immersing widescreen experience (think: LG G Flex), I don’t really see the logic behind horizontally curving a device right through the middle, pushing outwards at the front. Sure, it looks nice, but by protruding through the center, it just seems as though it would be impractical – less even, more liable to scratches, and reflect more light.

Aside from the puzzling manner in which the display is curved, though, we cannot fault the rest of the design, and if the Apple iPhone 6 looks anything like what we see below, we’re in for a real treat!