iPhone Air Concept: This Should Be Apple’s 2014 Flagship Smartphone! [VIDEO]

The next Apple smartphone, unofficially dubbed the “iPhone 6,” will reportedly arrive in two different configurations – both of which are said to be larger than any iPhone released hitherto. As well as a 4.7-inch model, there will, it has been suggested, also be a 5.5-inch variant, and both of these new handsets could, as other bits of info have implied, be notably thinner than its would-be predecessor, akin to the new iPad Air. With this in mind, one concept maker has come through with an ‘iPhone Air’ concept, and as well as a stunning appearance, it also boasts a fairly tasty list of specs. Check it out below.

Designer Sam Beckett is responsible for the concept, but unlike other renders that are dreamt up by Apple fans with somewhat idealistic aspirations, iPhone Air ties nicely in with the rumor and speculation. Boasting a 4.7-inch display that goes edge-to-edge, the device offers a resolution of 1920 x 1080 – a full HD panel well within the confines of Apple’s ‘Retina’ classification at 468ppi. 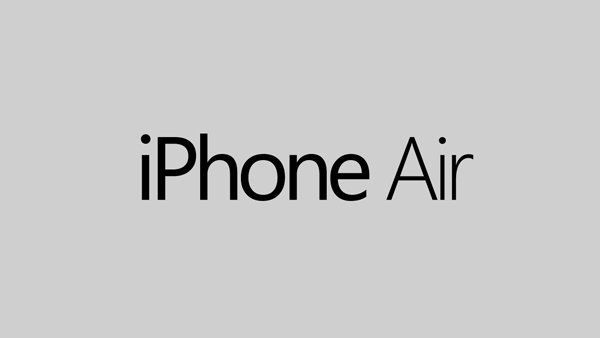 Although we’ve yet to see an iPhone boast a full HD display, this is largely attributable to the size of the device. 1080p on a 4-inch screen would be overkill, but as the device itself gets bigger, Apple will have to add more pixels to retain the level of sharpness to which iPhone users have become accustomed to.

The iPhone Air is, at only seven millimeters in depth, 9% thinner than the iPhone 5s, although since the current flagship is still considered to be svelte among its peers, this slight thinning out serves as a nice bonus rather than something that iPhone fans have been pining for.

The concept also packs a 10-megapixel camera with an aperture of f/1.8, and although the overall design wouldn’t look out of place on the Cupertino’s roster, there have been suggestions that the next iPhone could borrow some of its design traits from the iPad Air. Whether there’s any truth in this claim, though, is something we’ll only be able to determine much closer to the point of announcement and subsequent release, but for the moment, Beckett’s design gives something to aim for:

Would this design have you queuing up outside of the Apple Store on launch day? Share your thoughts below.