The Angry Birds franchise has spawned many products, from plush toys to phone cases, but despite having been around for a good few years now, the games still continue to entertain us. Rovio Entertainment, the company behind Angry Birds, has kept the roster fresh with the likes of Angry Birds Space and Angry Birds Star Wars, and today, has teased a forthcoming, medieval-themed installment. Due at some point in the near future, Rovio is touting it as “the most epic soft release ever,” and although we’ll have to wait for the release before casting our definitive judgments, we’ve still something of an affinity for those cute, colorful little birds.

The upcoming release will begin in New Zealand, Australia and Canada before trickling out to other markets, and although the video doesn’t offer us much of an insight into the game itself, you can bet that Rovio will mix things up to captivate fans once again. Sure, we’ll probably get a lot of medieval effects, but hopefully, the physics will also be tweaked, ensuring that the element of challenge that seems to consume most of our time. 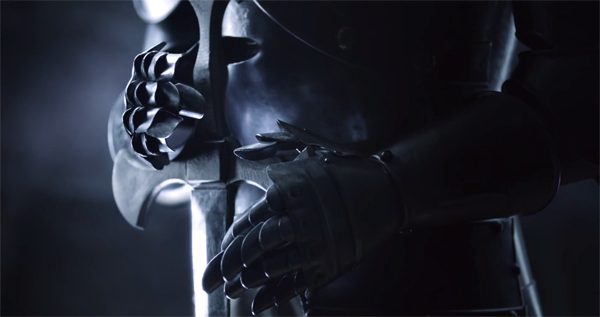 Angry Birds has, along with the likes of Cut the Rope, dominated the casual gaming world over the past few years, and even though we thought we’d be bored of it all by now, the fact that we’re still excited for these new releases and downloading them by the millions suggests that the world has yet to grow tired of the little avian bundles.

As well as the challenge of completing the levels, the real sense of accomplishment — if you can call it that — is derived from attaining three stars, and with a whole new game on the horizon, hardcore lovers of the Angry Birds format will be once again looking to achieve this feat.

We don’t, as yet, know exactly when the new Angry Birds title will manifest itself, but just as soon as it does, we’ll have all of the information and download links right here at Redmond Pie, so stay tuned!

And for the time being, you can check out the official teaser trailer, which we have embedded below, and do leave your thoughts with us telling us what you think about it!