Production Of iPhone 6 A8 Chip Is Reportedly Underway

The Taiwan Semiconductor Manufacturing Company (TSMC), which recently struck a deal with Apple to begin the production of some of its device’s hardware components, has reportedly gotten to work on the new A8 processing chip, which will power the upcoming iPhone 6 later on this year. The report, which has arrived courtesy of the Commercial Times in Taiwan, notes that the A8 SoC began production last month, and although we’d expect it to serve as the workhorse of the next Apple smartphone, it’s also reasonable to speculate that the iPad range could also benefit from the upgraded chip at some point this fall.

Last September, Apple took the unprecedented step of releasing two new iPhones in one hit. The iPhone 5c, which was essentially a rebranded, rehoused iPhone 5, was supposed to capture the lower-end of the market, while the iPhone 5s served as the flagship. Unfortunately, the 5c has been generally regarded as a flop, and as such, the product line will likely be scrapped later on this year. But while the polycarbonate dream may be about to die, Apple does look set to drop a couple of new iPhones, both of which are said to be considerably larger than anything the Cupertino has launched since the iPhone’s inception.

Both will be technically similar, according to reports, and thus, will each likely be kitted out with the A8 chip from TSMC, but while one will get a display bump to around 4.7-inches, the largest model could boast a panel in excess of the 5.5-inch mark.

Leaks have indicated a more iPad-esque form factor, which makes sense given that at least one of these handsets will be pushing into phablet territory, and given that the current iPhone 5s is technically similar to both the iPad Air and iPad mini with Retina display, it’s feasible that the fruit company’s tablet range will be refreshed to benefit from the A8 chip. 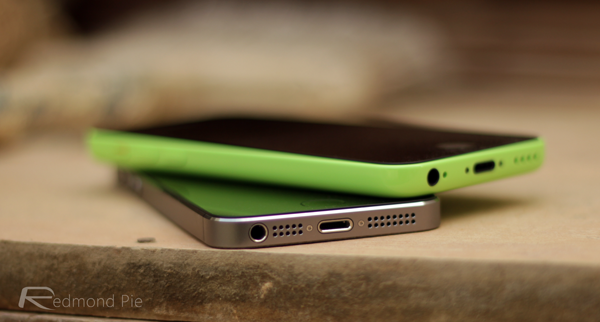 TSMC is described by the Commercial Times as "the world’s leading contract microchip maker," and with demand for the iPhone 6 set to be higher than ever thanks to the significant form factor alterations expected, the company will have a real job on its hands trying to maintain a constant supply stream.

From a technical aspect, the 20-nanometer A8 CPU will pack a quad-core, 64-bit processor, as well as quad-core graphics, and by starting production this early, both Apple and TSMC will be hoping to avoid yield issues that have both plagued and pushed-back previous releases.