iPhone 5s Gets Crushed Under 40,000 lbs Of Force In OnePlus One “Smash The Past” Contest [VIDEO]

Being the huge tech fans that we are, we’re more than just a little excited about the OnePlus One smartphone. Combining the tried-and-tested formula of high-end specs and low price, the CM-running device is sure to be a hit when it makes it to market. Speaking of market, Oppo’s spin-off company decided to promote its handset using the fairly common tactic of encouraging would-be early adopters to film themselves smashing up their iPhones. Some refused, while others played ball, and the winners, as you’ll see in the clip below, went above and beyond the call of duty.

We’ve seen plenty of torture test clips here at Redmond Pie in the past, and while new smartphone releases continue to dazzle us in what they’re able to achieve, the methods by which folks consequently destroy them for kicks has become an interesting spectator sport of its own. 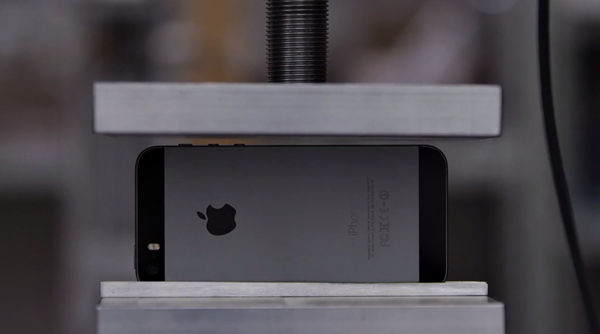 The OnePlus team was looking for folks to pledge their allegiance to the device in the "Smash the Past" contest, and the winner – case maker dbrand – did just that by condemning a 64GB iPhone 5s to death by 40,000 lbs of sheer force. 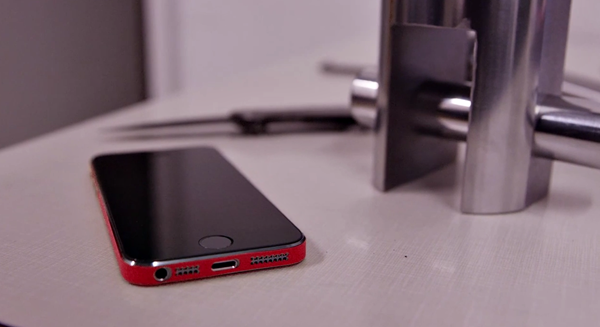 Of course, while the drop test, car wheel test, and even the boiling water test can often see a device defiantly survive for extensive periods of time, even the relatively rugged nature of Apple’s latest and greatest quickly succumbed to the immense weight on its shoulders thanks to the dbrand testing lab.

The video itself is rather nicely put together. It starts with the handset being assessed by a person wearing black gloves, which offers a sinister foresight as to the fate of what is still one of the most sought-after devices on the market. So as to ensure the device is a legit 64GB model, we get a brief overview of the Settings app, after which, the handset is placed in what will inevitably become its final resting place.

The two separate clamps of the vice-like monstrosity sit menacingly on either side of the iPhone, which is laid sorrowfully on its side as if to brace itself for the approaching wrath of the machinery.

The music, which sounds like it has been taken from a psychological thriller, plays loudly as the crushing machine is activated, and shortly after, the beautiful iPhone 5s is slowly ground down to smithereens.