iPhone 5s Gets A Wireless Charger, And It Doesn’t Require A Mat To Charge! [VIDEO]

Wireless charging is commonplace among many higher-end Android and Windows Phone handsets, but in typical Apple fashion, the Cupertino company has yet to bite. Just like the lack of NFC and the late showing of 4G LTE, Tim Cook’s firm doesn’t tend to jump aboard newer technologies until later on in the day, but WiTricity’s wireless charging solution, which improves upon the widely-used induction model for a more versatile wireless power-up experience, could theoretically provide something for those who love iPhone and long to be able to charge without connecting to a Lightning connector.

WiTricity’s solution is not merely your traditional wireless charging tailored to Apple’s range of smartphone; after all, there are plenty of those about already. The new research represents what the company describes as “a quantum leap forward in convenience and ease of use for wireless charging of consumer electronics,” and although the plan is to bring this new and exciting system to the masses, the initial work is being put into catering to the iPhone 5 and its successor, the iPhone 5s. 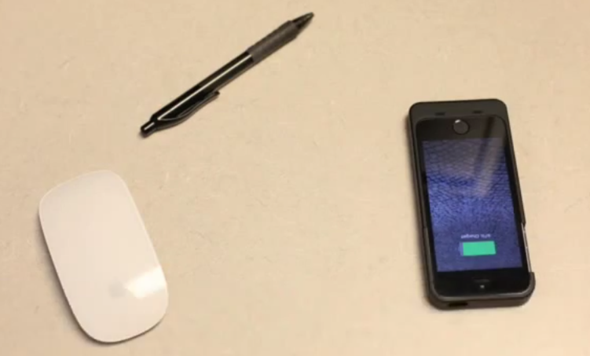 So, how does this marvel actually work? Well according to the company’s press release, WiTricity uses magnetic resonance to charge devices fitted with a compatible sleeve. Thus, you could install a WiTricity pad underneath a table or desk, and the device would still continue charging.

There’s no doubt that placing a smartphone on top of a power mat is a darned stretch more convenient than scratching around for that Lightning cable – reversible or not. But in using magnetic resonance, WiTricity would work almost passively, and since most of us are in the habit of placing our smartphones on the table top or next to our keyboards on the desk, it would be very easy to forget about the rigmarole of charging altogether.

WiTricity can power through a multitude of everyday surfaces, including wood, granite, plastic and glass, and a single pad / coil can charge multiple devices in one fell swoop, whereas induction systems require multiple coils. It also works over a distance, and as far as revelations go in the wireless charging community, this is rather significant to say the least.

Unfortunately, it’s proof of concept, and there’s no actual product in the pipeline just yet. What’s more, it looks as though WiTricity is simply looking to grab the attention of manufacturers, as opposed to appealing directly to consumers.

Nevertheless, it is very interesting, and the day where our devices simply just charge, with very little thinking or input, mightn’t be too far away.

This is not the first time we’re seeing wireless charging being incorporated to the iPhone 5s. A while back we saw a glimpse of the iQi iPhone 5s wireless charger, but WiTricity’s implementation is a tad more above the bar.