We tend to take rumors from Taiwanese blogs with a pinch of salt here at Redmond Pie, but this one caught our eye courtesy of AppleInsider. The report, from tw.apple.pro claims that Apple is currently working on not one, not two, but three iPhone 5 prototypes. What’s more, it’s rumored that one of these handsets possesses a slide-out hardware keyboard. 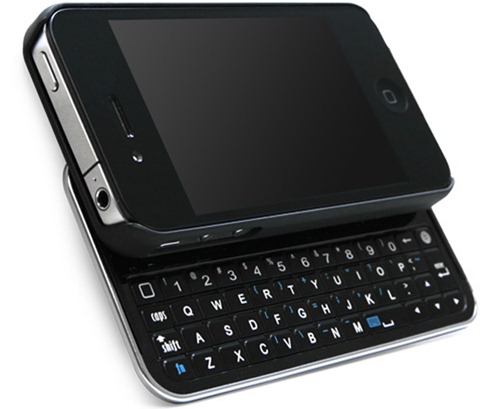 Unfortunately, the original report has been run through a very rough translation, but another point raised is the existence of one prototype closely resembling the current iPhone 4 model. This would be akin to the iPhone 3G/3GS update where the exterior remains identical but the innards receive a slight upgrade with improved battery life, faster CPU and more RAM.

The reason this particular rumor caught our eye is thus: tw.apple.pro are the people that got their hands on an iPhone 4’s screen long before its announcement, along with a battery from the aforementioned handset. Granted, a good track record doesn’t automatically make these claims true, but it’s a start.

Regardless, I’d eat my hat (well, if I owned one anyway) if any future iPhone was to find its way to market with a hardware keyboard!