The first drop tests have already compared the iPhone 5 against the Galaxy S III, and have shown that Apple has superior build quality which can withstand multiple falls without too much problem, but what about the technical and overall performance of the iPhone 5 during everyday use? The guys over at AnandTech ran some comprehensive tests on the new iPhone to determine the levels of performance that it provides, utilizing tests such as the Geekbench as well as SunSpider and BrowserMark analysis.

A number of Geekbench reports produced differing results on the iPhone 5’s CPU clock speed, depending on whether or not the processor was under load at the time or just lying dormant. Initial tests show the A6 processor in the device idling at 800MHz with that clock speed rising to 1.2GHz when under duress. In this instance, the load being applied to the CPU was provided by an app being downloaded in the background when the tests were running. The fluctuation in clock speeds depending on the state of the processor seem to negate earlier assumptions that the dual-core A6 processor ran at a consistent 1GHz clock speed. 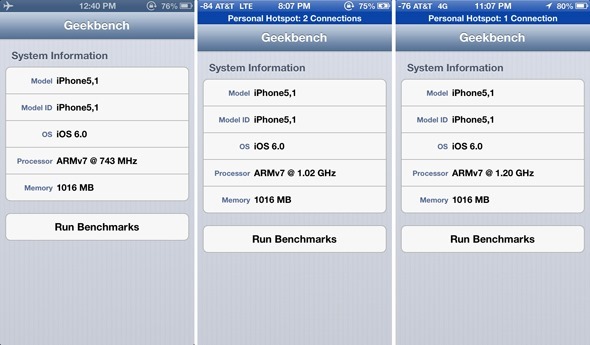 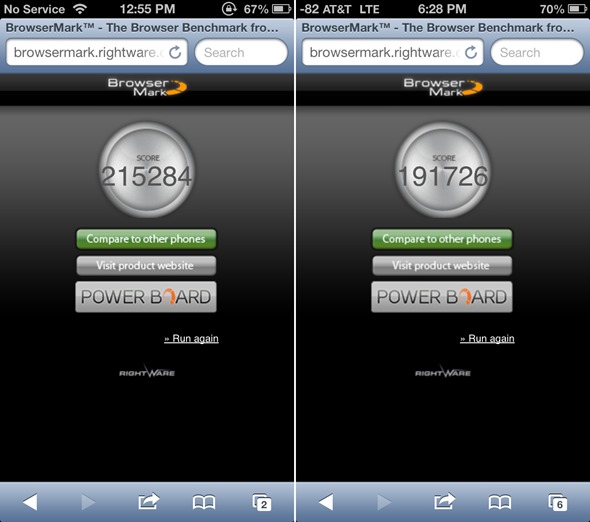 We have already seen a number of SunSpider reports being thrown around before the iPhone 5 even hit the shelves, with the results showing the lightning fast speed of the Safari browser. My own personal comparisons between the iPhone 5 and 4S showed that the iPhone 5 performed over two times better than the 4S on the same tests. The nearest competitor in the BrowserMark test was the international Samsung Galaxy S III, with the iPhone 5 returning a score 191726 compared to the Galaxy’s 172237. Apple’s previous model, the iPhone 4S, didn’t fare too well with a score of 106029 while running the latest iOS 6 firmware. 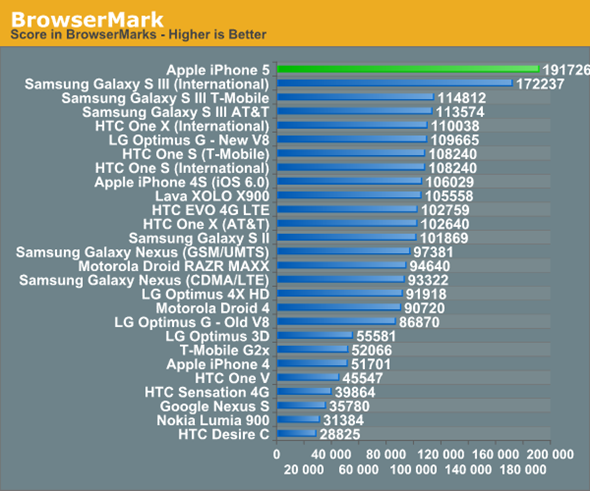 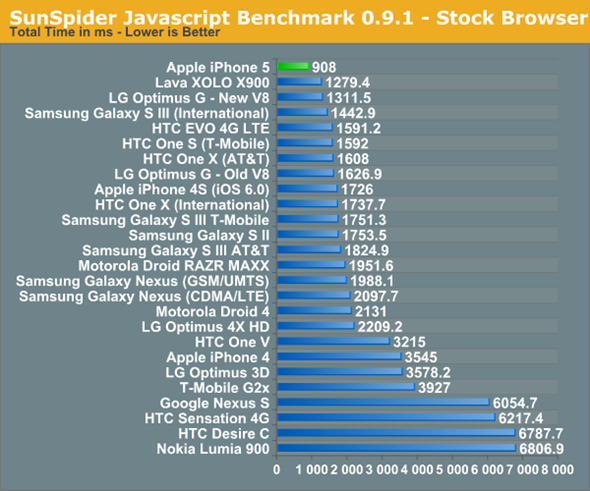 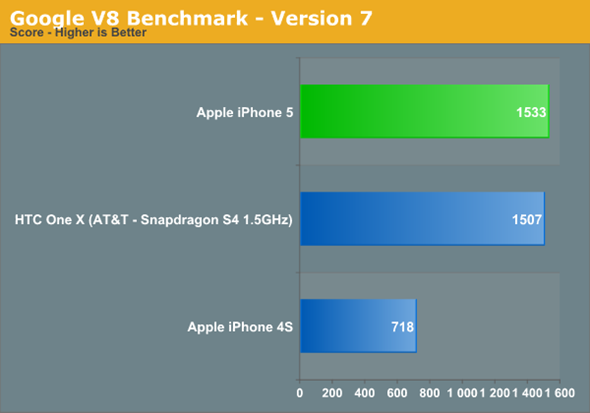 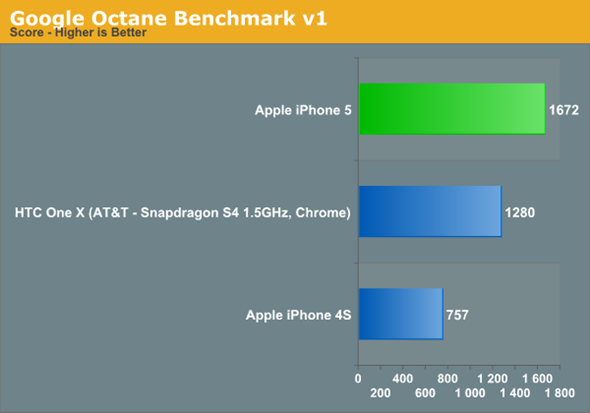 The additional tests ran by the team seem to confirm that Apple’s claim of 2X processor performance increase over the iPhone 4S are pretty accurate, with the results showing that the new A6 included with the iPhone 5 has similar performance to that of the iPad 3. The performance review of the new iPhone 5 will no doubt continue in greater detail, but at the minute it looks like Apple has done a wonderful job of smoking the competition out of the water. 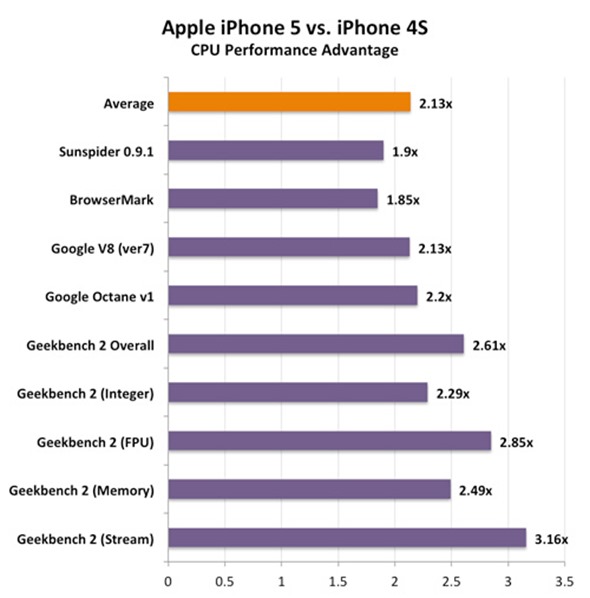 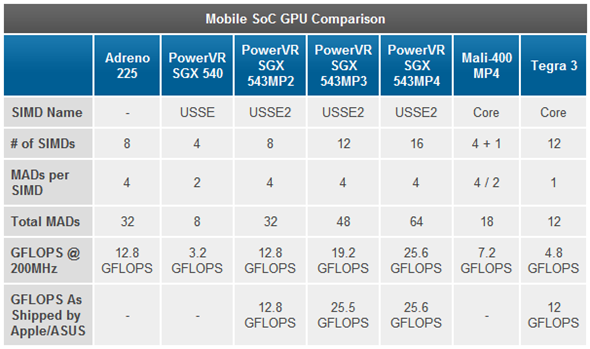 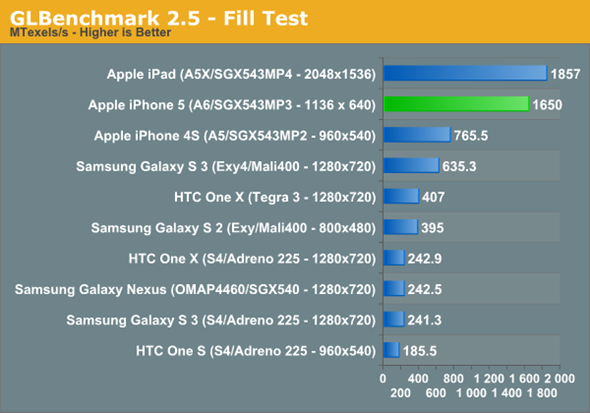 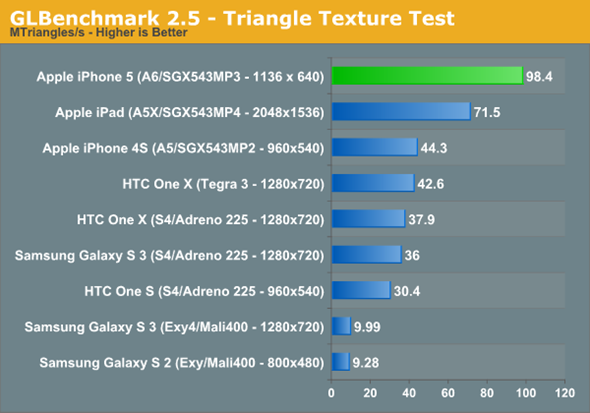 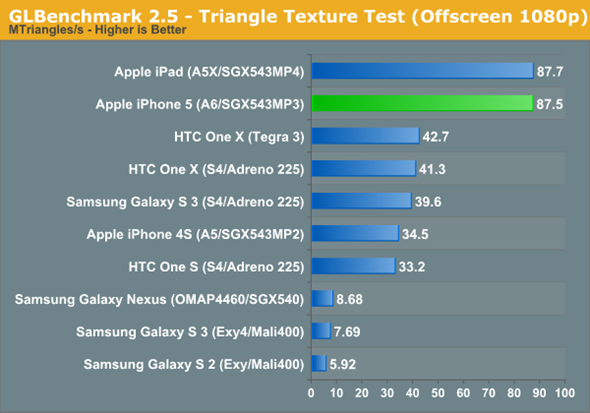 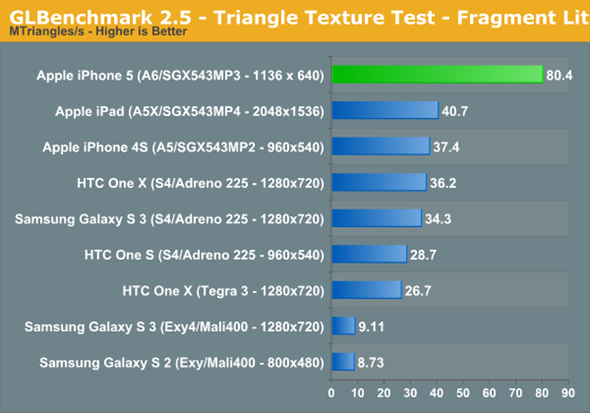 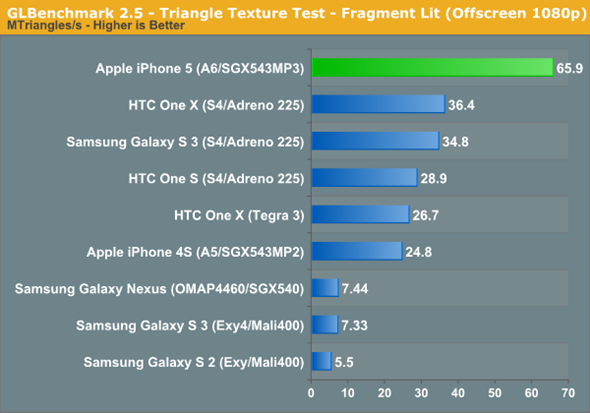 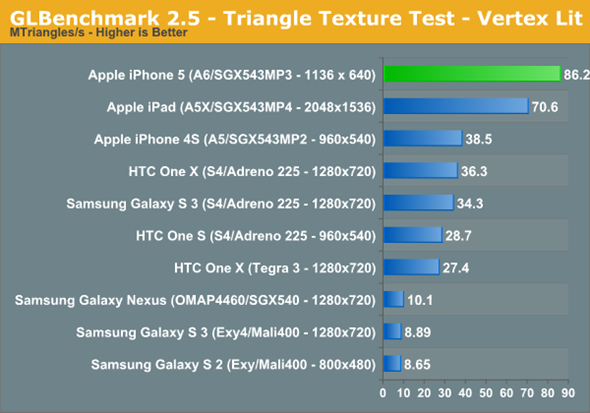 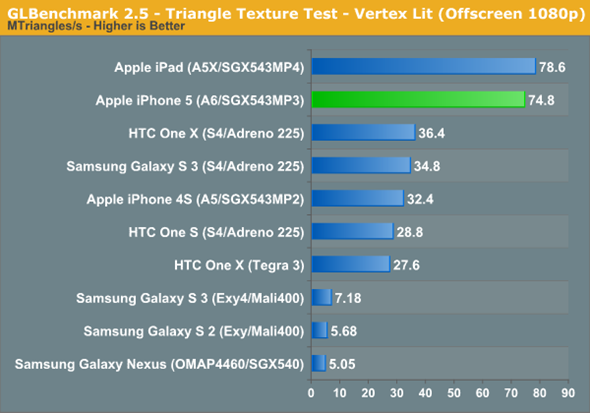 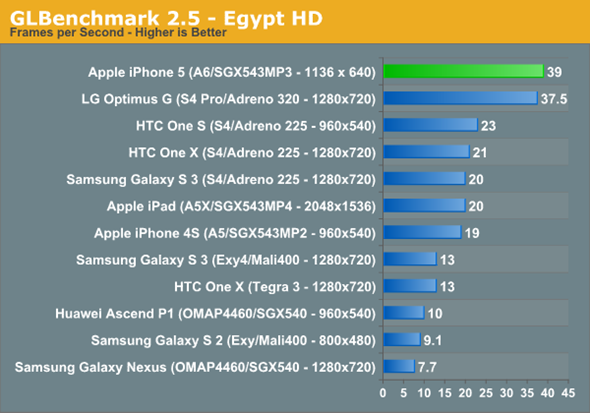 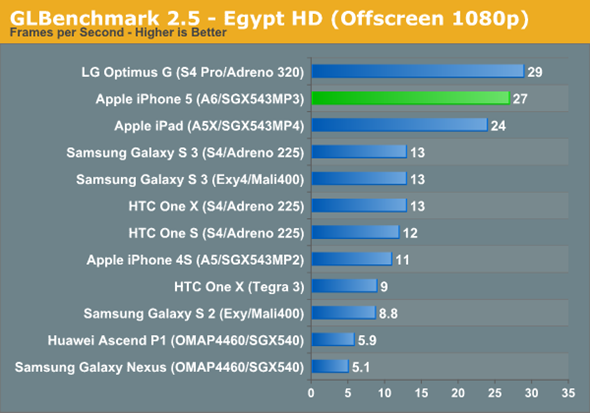 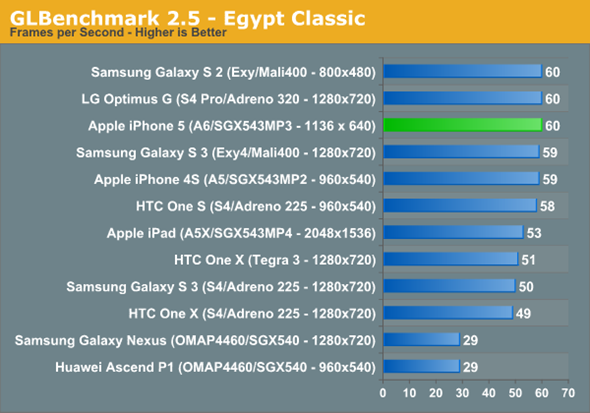 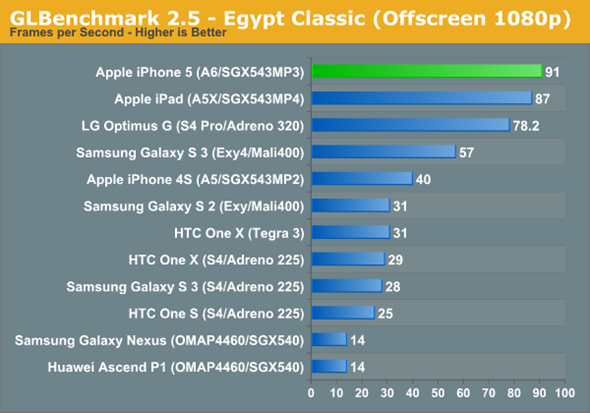 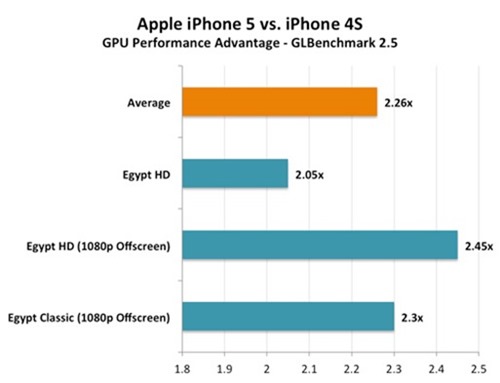