After AnandTech’s analysis of Apple’s A6 chip, Geekbench has now posted first benchmark test of iPhone 5. The total score result, which shows iPhone 5,2 model sporting a Dual Core 1.02GHz processor, comes in at an impressive 1601, which is faster than a number of high-end devices of today including Apple’s own 3rd-generation iPad, Samsung Galaxy S III, Nexus 7, HTC One X, to name a few.

Last week at the special media event held at the Yerba Buena Center in SF, Apple didn’t give any specifics on their A6 chip. It was only yesterday when after deep analysis, a third-party site made known of the 1GB RAM and 1GHz custom Apple-designed ARMv7 processor in iPhone 5. The technical specifications page on the official Apple site doesn’t even mention CPU details. This is probably because Apple believes more in overall performance and UX for the end-users.

In comparison, last year’s iPhone 4S A5 has a score of 630 while this year’s A5X in iPad (3rd generation) has a score of 790. These scores validate Apple’s claim of A6’s performance and graphics being twice as fast as all of the previous iOS devices. 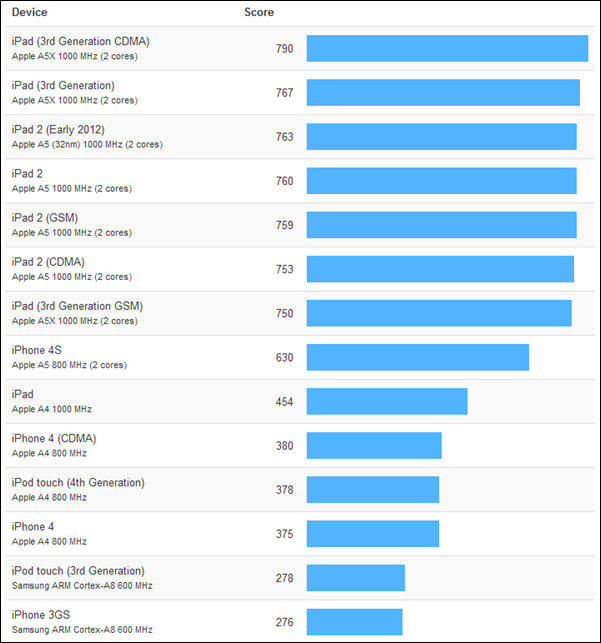 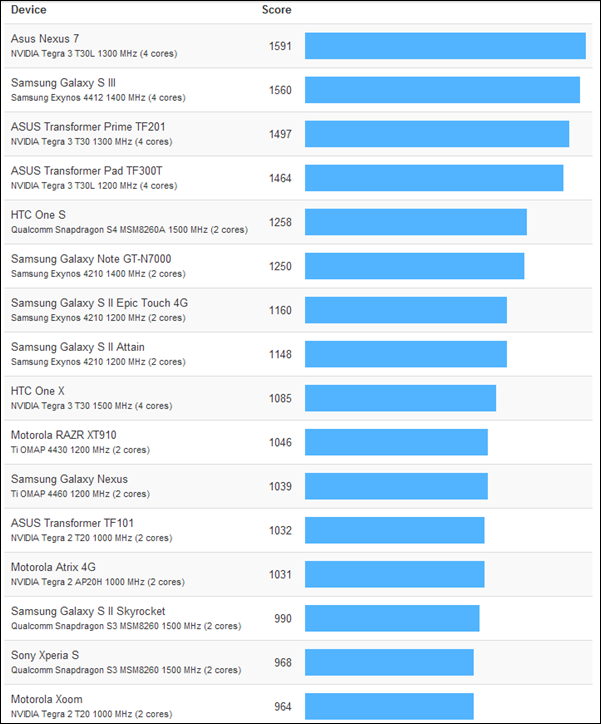 Of course once the iPhone 5 ships this coming Friday, we will see many more thoroughly benchmarked and examined tests of iPhone 5 against the competing devices. But until then, it seems like the A6 packs quite a punch. Thoughts?