Both at the Yerba Buena Center keynote and later online, Apple made no mention at all of the specifications of the new A6 chip or the RAM inside the iPhone 5. It’s not even made known if the chip is dual-core or quad-core; we only found out about that yesterday when the folks over at AnandTech did some digging and discovered some very interesting things about it. Well, the same folks have now come up with information regarding the quantity, design and speed of RAM inside iPhone 5. Check it out after the jump.

By researching on the parts number visible on the A6 (K3PE7E700F-XGC2) which combines the system-on-chip with the RAM, AnandTech were able to find that the iPhone 5’s Samsung-made RAM is a dual 32-bit channel LPDDR2 package which consists of two 512MB dies that combine to give 1GB RAM. The cycle time for the chip is an impressive 1066MHz and the resulting maximum supported memory bandwidth is 8528 MB / second, 33% more than iPhone 4S. 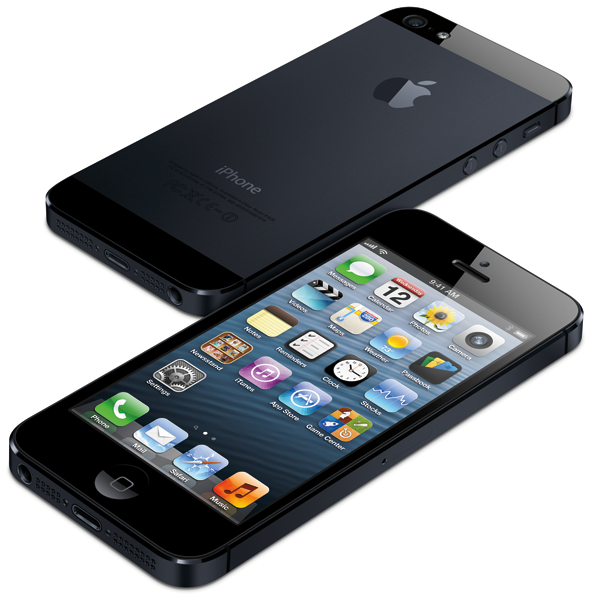 This is noticeably less than the new iPad whose memory bandwidth can go up to 12800 MB / second; but that is understandable considering how it has a higher than Full HD resolution Retina Display and a quad-core GPU in the A5X to power it.

Here it is compared with iOS devices from iPhone to new iPad and iPhone 5: 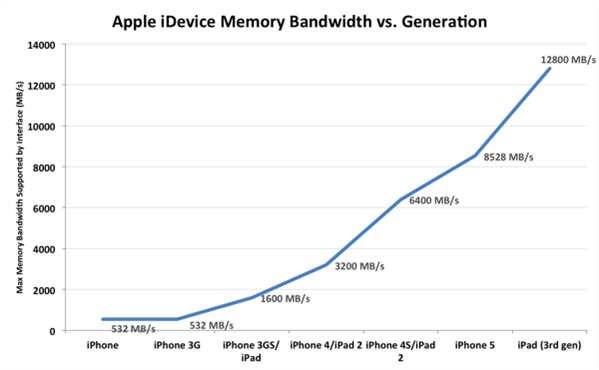 The A6 system-on-chip uses a custom Apple-design dual-core architecture. Apple could’ve gone for a Cortex A9 or A15 based chip, but they decided it wouldn’t balance power and battery life they want they wanted it to. You can read up more on it here.

The 1GB of RAM and the faster processor puts the iPhone 5 at about the same level as high-end Android smartphones like the HTC One X and Galaxy S III.

Of course, as I’ve stated in a previous comparison post, it would be foolish to give one smartphone preference over another based solely on internal hardware specifications. It’s about the experience of using it, the ecosystem and apps library more than anything else.