Announced four days ago, and all set to be launched on September 21st, five days from now, the iPhone 5 will be competing directly against Windows Phone 8 based smartphones like the Nokia Lumia 920 and Android based smartphones like the Samsung Galaxy S III and HTC One X. We’ve already compared the former two against the iPhone 5, and now it’s time to compare it against the One X.

The iPhone 4S was considerably lagging behind latest Android offerings like S III and One X, at least technically; the iPhone 5 does a lot to almost completely fill those gaps. It comes with larger but still comfortable to use 4-inch display (326ppi) display, the A6* processor that is twice as fast as the king of last year’s dual core chips – the A5, and 1GB of RAM to name a couple of things.

But if it’s one thing I’ve learned about smartphones over the last couple of years, it’s that the outcome of comparisons like the one you’re reading cannot be based on specifications and specifications alone. It’s more about how smooth and intuitive the user-experience it offers and how much the “ecosystem” offers for users in terms of music, movies and TV shows than how many cores it has.

Apple knows this and that’s why you’ll see them use descriptions like “apps load faster, games look better than ever” instead of technical terms like “1GHz quad-core processor, 1GB of RAM” in promotional content. 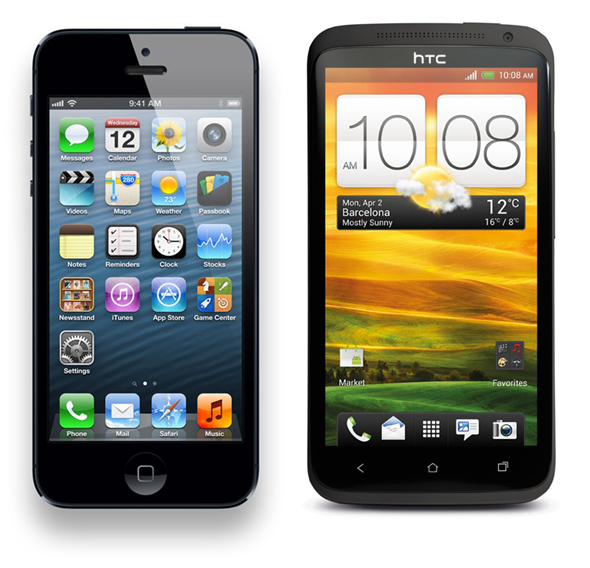 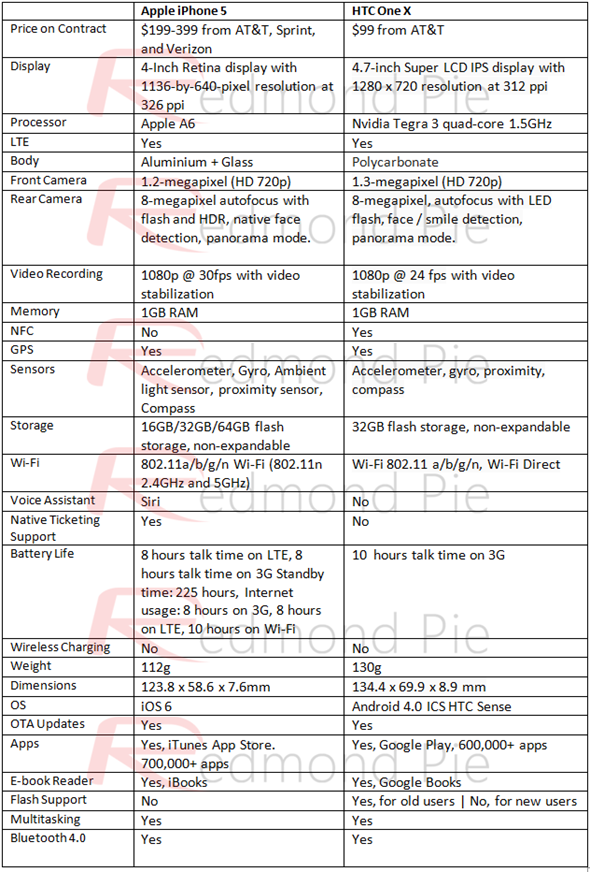 Looking at the specifications sheet, you can tell that both the iPhone 5 and HTC One X are very capable phones. Which one you should buy ought to depend on your familiarity and comfort with using their operating systems (iOS and Android, respectively), ecosystems (iTunes and Google Play) and the apps library.

The iPhone 5 seem better to me solely because of the fact that I use iTunes to manage my music library and have bought hundreds of iOS apps over the past few months. Shifting to an Android phone would mean losing the tight integration between desktop and mobile, and having to shift to, and perhaps, buy a whole set of new apps.

What do you think? Which phone is better? Why?

*According to the latest reports, the A6 is a dual-core processor that is based on a custom design (instead of Cortex A9 or A15 as is usually the case). We’re still waiting for the benchmarks.