iPhone 3GS Goes Free At Best Buy, But Only For Today!

That’s right! Although no airborne pigs have yet been spotted, Best Buy are offering the iPhone 3GS for free on a two-year plan for one day only. The deal is only applicable to the 8GB model, but nonetheless, you can get an iPhone for free! 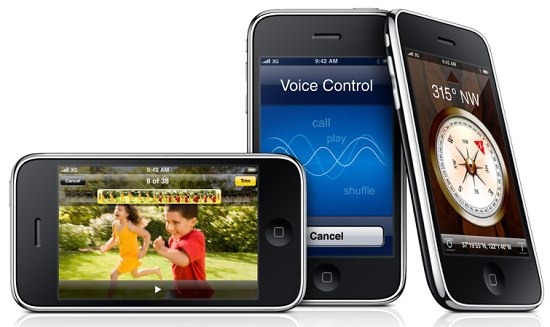 In a move that could turn out to be one last hurrah for a smartphone which has had an astonishing lifespan, you can grab the device on an AT&T data plan whereby the minimum monthly cost is $15.

The iPhone 3GS is Apple’s longest-serving smartphone to date, with 26months past since it succeeded the iPhone 3G as the company’s flagship smartphone. Amazingly, despite being an old-timer in cellphone terms, it is still selling well and has been a worthy understudy to the iPhone 4 – becoming the product of choice for those less inclined to spend $650 on a smartphone.

The iPhone 3GS was the catalyst behind the changing way in which we now view mobile gaming. Before then, Sony’s PSP and Nintendo’s DS were the two main gizmos from which we could get our fix of Sonic or GTA on the move. It brought forth a newer and improved graphics chip, and the graphics architecture itself was upgraded from a fixed-pipeline OpenGL ES 2.0 architecture, giving iDevs the use of a wider range of programming tools and enabling them to emulate more of a console-like experience on a mobile device. such as shadows, multi-textures and light maps.

SEGA even noted that it was as powerful as its Dreamcast console – a sure sign that a smartphones were about to carry the mobile gaming torch. That could be already be the case – Sony would argue that there is still life left in the portable console market yet, but with the App store and Android Market boasting hundreds of thousands of games between them, it seems like the smartphone gaming market is now the one to crack for developers.

The iPhone 3GS will almost certainly be discontinued when the next iPhone is released, especially if the purported iPhone 4S / iCloud iPhone materializes along with the iPhone 5. While this freebie is certainly worth getting, one has to wonder how much farther behind it will fall in terms of features once the iPhone 5, iPhone 6 and maybe even iPhone 7 drop before the end of the two-year plan!

You can take advantage of the deal by clicking here