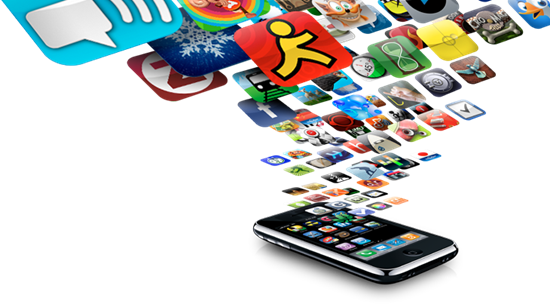 Apple’s App Store was launched exactly three years ago on 10th July, 2008 with an update to iTunes. The very next day, Apple launched the iPhone 3G which, besides having subtle hardware/design tweaks over its predecessor, came with the App Store built-in on iOS 2.0. Apple expanded the Store’s scope last year when the company introduced its tablet iPad.

Apple singlehandedly popularized the term “app” which is now used whenever mobile software applications are to be referred. The App Store has seen phenomenal success since its inception: It reached 1 billion app downloads in nine months, 5 billion after 23 months, 10 billion in 30 months and finally, just recently, 15 billion in just under 36 months.

Of course, these numbers would be useless without a graph. We’ve embedded one from MacRumors below, which just shows how fast the App Store is growing: 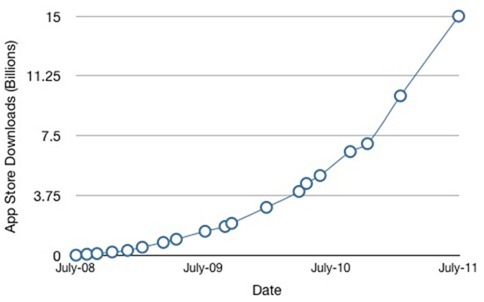 After introducing the App Store, other manufacturers came up with their own versions of mobile software applications distribution platforms: RIM came up with App World, Google came up with the Android Market, Microsoft with the Windows Phone Marketplace and Nokia with Ovi (which, unsurprisingly, was discontinued in May).

Other such stores simply haven’t reached the same level of success as the App Store. Android Market – which is the most popular after the App Store itself – has only 200,000 apps, with only a handful for tablets running Honeycomb. One must, of course, be able to differentiate between quality and quantity… but no self-respecting platform-agnostic would deny that the App Store has better quality apps, cause that’s how it is.

As for its state today, the App Store has over 500,000 apps. Developers have made over $2.5 billion from selling their apps and over 15 billion apps have been downloaded.

We follow releases of new iOS apps almost religiously here on RP. So whenever a really interesting app comes along, whether for the iPhone/iPod touch or the iPad, you can be sure that we’ll cover it. You check out our iPod touch/iPhone Apps Gallery or the iPad Apps Gallery to explore apps for your respective iOS device.

For old time’s sake, we’re embedding a video of a more healthier Steve Jobs introducing the App Store back in 2008: