AutoPlay is a new iOS app that lets user create playlists with YouTube videos, play them continuously and even output them to a large screen via AirPlay or plain old HDMI. Could this replace the default iOS YouTube client? 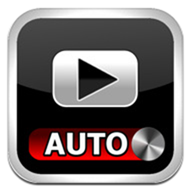 AutoPlay’s user interface is ridiculously easy to use and also beautiful. Right after launching the app, YouTube’s default playlists for the most viewed and top rated videos will immediately appear, allowing users to play them continuously if they wish (a great way to spend a Sunday afternoon, right). Most users, however, likely won’t use this app to play random videos that may or may not interest them. AutoPlay really shines at creating customized playlists based on the user’s preferences. For that, there are two options: keyword searching and "Instant Playlist". 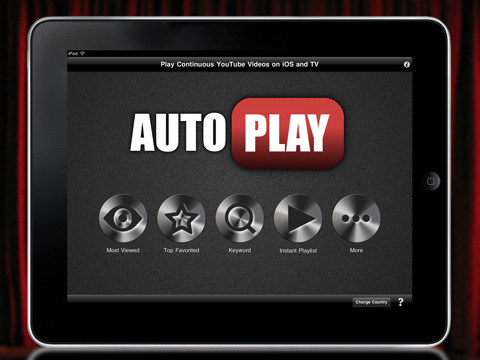 Keyword search is probably the most effortless way to create long and interesting playlists. Users can simply search for any keyword and have AutoPlay pull down all videos related to that keyword and play them one after the other. If that’s not enough control for you, there’s always "Instant Playlist", which lets users search for specific YouTube videos and add them to a playlist, one by one. While this might be the most time-consuming way to create a playlist, it’s also the method that provides the greatest amount of control. 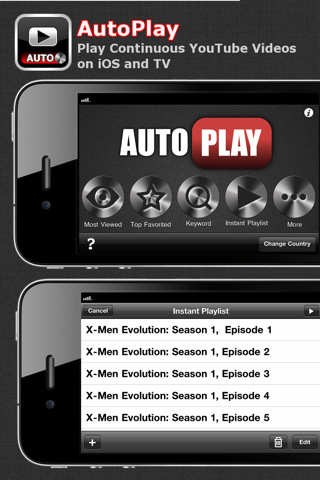 More than just creating playlists and playing them back on the device, AutoPlay is also good at outputting the video feed to other devices through AirPlay or HDMI, using Apple’s own Digital AV Adapter of course, which will set you back $39. With YouTube’s slow but steady flight to quality, AutoPlay may soon become the must-have tool for enjoying media on the big screen.

iOS already has a built-in YouTube client, like it’s had since the operating system’s inception, although it’s not the most feature-packed. While it’s perfectly usable for most purposes, AutoPlay is far better for a lean-back experience.

This app is available for iPod touch, iPhone and iPad owners running iOS 4.2 or later. For a limited time, AutoPlay is available for $0.99, before it goes back up to $2.99. You can get it from the iOS App Store today or from here.