All Three Next Generation Game Consoles, Xbox, PlayStation 4 And Wii U, To Be Powered By AMD GPUs [REPORT]

With Microsoft’s Xbox 360 and Sony’s PlayStation 3 currently mid-life cycle, and Nintendo’s Wii already on its way to being superseded by the company’s Wii U, take is already turning to what hardware will power the replacements of this generation’s games consoles. 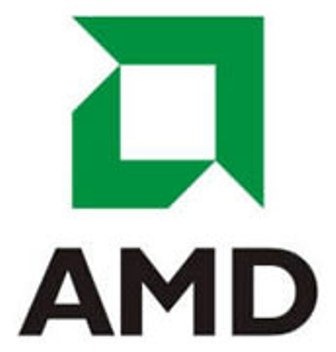 According to PC hardware website HardOCP, all three major new consoles could sport an AMD-manufactured and designed graphics chip. If the rumor is correct, current PlayStation 3 part supplier Nvidia could find itself sitting out this round of next-generation games consoles.

Citing sources from this year’s E3 video game conference, HardOCP suggests that it could be AMD all-round this generation.

What looks to be a "done deal" at this point is that AMD will be the GPU choice on all three next generation consoles. Yes, all the big guns in the console world, Nintendo, Microsoft, and Sony, are looking very much to be part of Team AMD for GPU. That is correct, NVIDIA, "NO SOUP FOR YOU!" But NVIDIA already knew this, now you do too.

Speculation also suggests that all three machines could be powered by IBM CPUs, with Sony still yet undecided but thought to prefer the IBM route.

Microsoft is expected to be the first to market with a successor to its popular Xbox 360 console, but HarOCP claims that the huge success of Microsoft’s Xbox Kinect motion controller could mean the Redmond outfit deciding to delay plans for a new console. Why replace something that’s still selling by the truckload?

It recent public statements Microsoft has also led us to believe that it may delay plans for the next generation Xbox for a an additional year or two due to the success of Kinect.

While we love new games consoles as much as anyone else, we have to agree that a new machine form Microsoft just isn’t that likely to put in an appearance just yet, though we suspect they are well and truly on their way to having one all but ready should they change their minds.

We already know Nintendo will bring its atrociously named Wii-U to market some time in 2012. With its intriguing touch-screen controller, we’re looking forward to seeing what Nintendo has up its sleeve in an attempt to take on Microsoft and Sony in the hardcore gaming space.

Sony, meanwhile, is currently licking its wounds after the whole PSN hacking debacle. Will they launch a new PlayStation console anytime soon? We’re not convinced, and the current PS3 is ticking over as well as it ever has.