Apple’s newly-released iPad Pro is currently getting lots of attention, especially in the tech press. A larger, more powerful iPad with the inclusion of a stylus that Apple is calling the Apple Pencil, the iPad Pro is an intriguing proposition. And it goes right up against Microsoft’s Surface Pro 4 thanks to the inclusion of that stylus as well as a keyboard cover that looks eerily familiar.

As with all new Apple devices, benchmarks have been completed and shared like there is no tomorrow, with the iPad Pro besting Apple’s own 12-inch MacBook as far as computing power is concerned, but with so many people apparently desperate to pit the iPad Pro against Microsoft’s new Surface Pro 4, the obvious question is whether Apple’s latest and greatest can give Microsoft’s offering a run for its money when it comes to speeds and feeds. 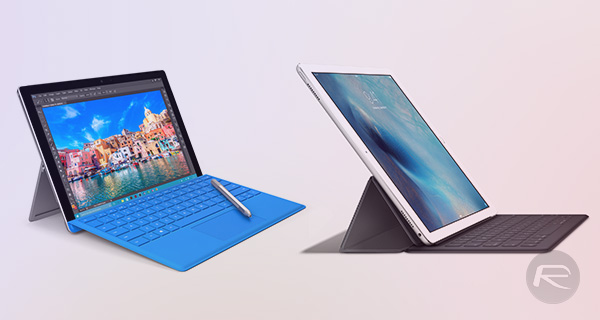 As it turns out, the iPad Pro is actually faster than the new Microsoft Surface Pro 4, while also being cheaper to buy. Apple has a reputation for being more expensive than the competition, so it’s always worth noting when the opposite is in fact the case here.

Back to the subject of speed, tests carried out show that the iPad Pro is faster at performing both single core and multi-core tasks compared to the Surface Pro 4 SKU running a 2.2GHz CPU and costing $899. By comparison, the iPad Pro uses a custom A9X chip running at 2.25GHz and costs a comparatively low $799 at the entry level price point. That chip doesn’t change no matter which iPad Pro you buy, and to get a Surface Pro that can outpace Apple’s new tablet, you’ll need to spend $1299 for the 3GHz model. Both units ship without the keyboard but Surface Pro does ship with stylus while Apple Pencil is available as a separate purchase. 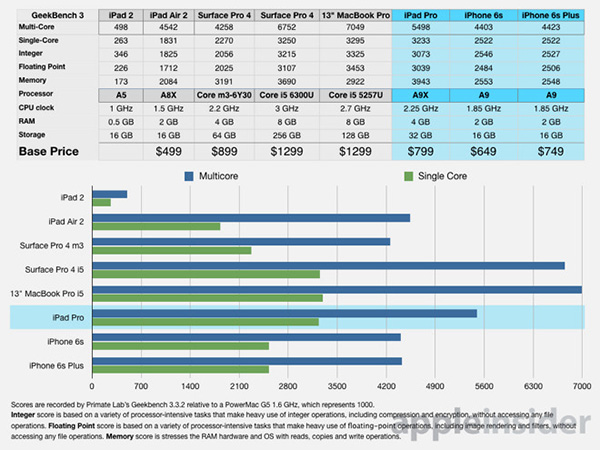 Both are great machines mind you, and have their pluses and minuses, With Surface Pro 4 running full desktop OS Windows 10, it is arguably a batter laptop than a tablet while iPad Pro’s strength will always be its A-class iOS apps and games, and is a better tablet than a laptop.

Apple’s iPad Pro is getting off to a reasonable start as far as reviews are concerned, but is currently being hampered by a lack of stock of the Apple Pencil, arguably the device’s biggest selling point other than its sheer size. The 12.9-inch iPad Pro is considerably larger than the alternative iPad models, but it’s that stylus that really sells the thing.

It’s just a shame you likely can’t get your hands on one for weeks.