Microsoft has used its extremely impressive media event to introduce the latest addition of its tablet/hybrid range, the new Microsoft Surface Pro 4. The newly introduced hardware has a fairly tough act to follow in the Surface Pro 3, a device that managed to bring in more than $3.5 billion in revenue during its time in existence, as well as influence a number of other hardware manufacturers to take some design inspiration from the beautiful device. Thankfully, it looks as though Microsoft is on form again.

Microsoft hasn’t gone entirely crazy with the “redesign” of the new Surface Pro 4. It remains largely similar to the device that preceded it, but it does come with an improved larger display. The software giant has bundled in a 12.3-inch PixelSense display at 267 ppi, and is 0.3-inches larger than that of the one found on the Surface Pro 3. The actual physical dimensions of the hardware remain the same however, with Microsoft making room for the extra display size by shrinking the surround bezels from the equation. 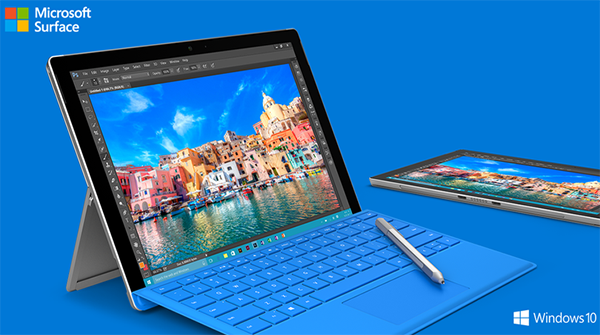 The beautiful aesthetics of the device and its new 12.3-inch display is backed up by the inclusion of one of Intel’s new Skylake processors. If you are to believe the marketing hype, then it’s capable of achieving speeds of up to 50% faster than Apple’s MacBook Air. RAM has jumped to 16GB while the internal storage goes up to 1TB SSD.

Full specs sheet is as follows: 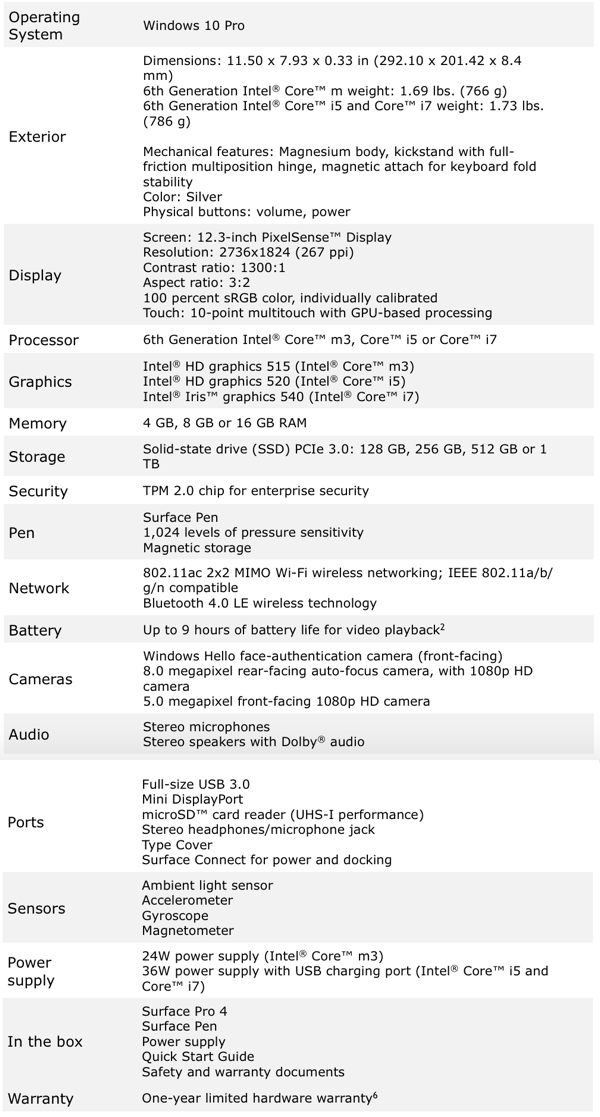 If that isn’t enough to convince you that the Surface Pro 4 is the real deal, then what about the all new Surface Pen, which can be stored with the tablet using a magnetic connection and will offer a yearlong battery life. The new Surface Pen also carries an eraser (digital of course) on its tail, and is sensitive upto 1024 levels of pressure. Available in a 5 different colors, the stylus can also be used to trigger Cortana as well by holding down the eraser, when needed.

Microsoft has also paid significant attention to the accompanying Type Cover by making it thinner and including an all new glass trackpad that’s 40% larger than the one that came before it. They keys are well spaced out this time with enough key travel. Microsoft is offering a version of the Type Cover with an integrated biometric reader as well to support Windows Hello. The new Type Cover with Fingerprint ID costs $159 while the regular one costs $129. Both the new Type Covers can be used with Surface Pro 3 as well.

Pricing for the Surface Pro 4 starts from $899. Here are the pricing for all the different SKUs: