The blogs and various social media channels have been speculating for quite some time about what Microsoft’s special Surface event in New York City would reveal this morning, and now, we finally have the details. The Surface Pro 3 is its name, and Microsoft is touting its thinner, faster and more powerful slate as the “tablet that can replace your laptop.” For a full run-through of the hardware, display and accessories, join us after the fold!

In the rather lengthy build-up to the eventual showcasing, the company talked about the dilemma consumers face when deciding whether to purchase a notebook or tablet, in that folks often wind up buying both – one for productivity, one for consumption and general entertainment. The point was also made that the tablet was supposed to replace the notebook, but it hasn’t quite happened, and as such, Microsoft wants to dispel this fallacy and create a true, all-in-one device. 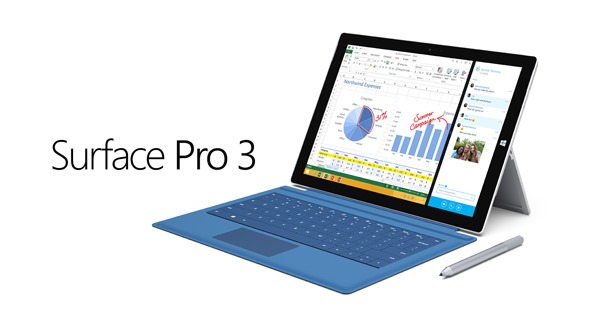 Even though packs upgraded hardware, which we’ll elaborate a little more on in a moment, Microsoft still manages to keep the body thinner and lighter than the Surface Pro 2. With a 9.1 mm depth, it it shaves 1.5 mm off the thickness of its predecessor, and at 800 grams, it’s also lighter. 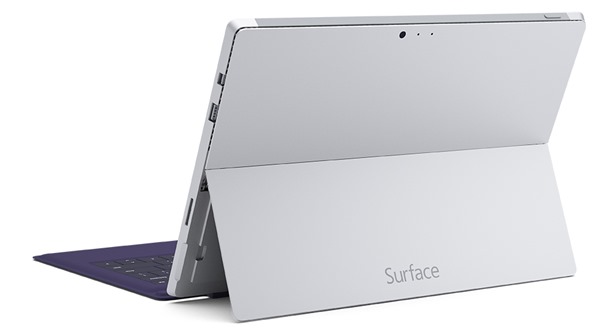 One of the key things that Microsoft wants to push with the Surface Pro 3 is that it can serve as a genuine laptop replacement, and as such, the hinge to which keyboard covers are connected has been redesigned for comfortable, on-lap functionality.

Sleeker and less weighty, the Surface Pro 3 also packs a larger display, having been bumped from 10.6 inches in diameter to its new 12-inch set-up. This improved display real estate makes for much better multitasking, and with a 3:2 aspect ratio and better contrast ratio over a 2160 x 1440 resolution, you’ve got a QHD display that’ll showcase the Windows software and apps in all their beauty.

The Surface Pro 3 includes an Intel Core i7 processor, which not only renders the tablet as the thinnest Intel Core product available on the market, but also offers a 10 percent bump in performance over the Surface Pro 2.

The Surface Pro 3 has a new stylus that feels more natural than before. It has the same thickness as a normal everyday pen – or pencil – and has a ton of cool tricks up its sleeve. For starters, double clicking the pen wakes up the device so you can note down your ideas in a snap. Apart from the aforementioned party trick, it’s more natural to use, and removes lag drastically, making it a perfect tool for writing down ideas and thoughts.

For your convenience, in case you want to see the specs of the Surface Pro 3 in detail, here’s the complete tech specs sheet: 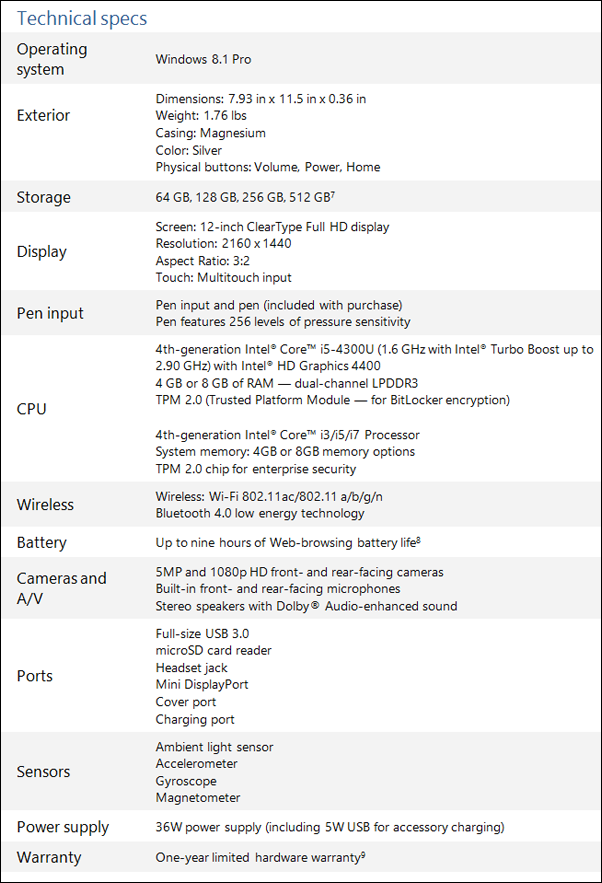 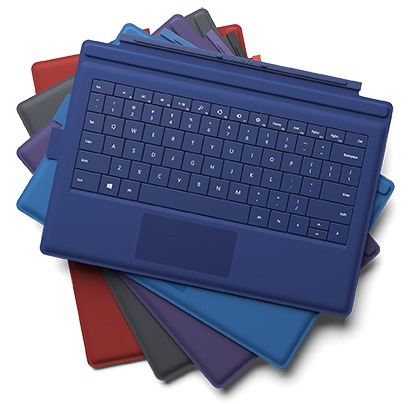 There’s a new Type Cover, which, even when attached to the device, still preserves its title as thinnest ever Intel Core product, and thanks to the aforementioned tweaks to the hinge, won’t feel unstable when in use and placed on your lap. 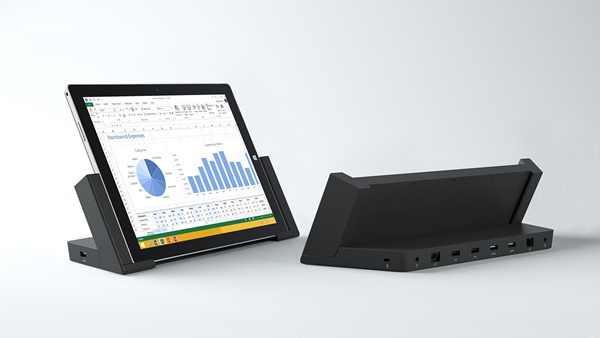 There’s also an all-new docking station on offer, so when you want the Surface Pro 3 to act as a desktop of sorts, it will do so with minimal fuss.

Whether the consumer will take to the newer ideas with any more enthusiasm than the previous Surface releases remains to be seen. But there’s definitely a degree legitimacy in Microsoft’s claim in that 96% of iPad owners still use notebooks as well, and where some mightn’t wish to keep doubling up on hardware, the Windows maker could definitely grab a larger piece of the market share.

The pricing for the new hardware is as follows:

The Surface Pro 3 goes on sale in the US and Canada on June 20th is available to pre-order right now starting at $799, and is available in Core i3, i5 and i7 options.

The detailed pricing of the Surface Pro 3 is as follows:

What do you think – is Microsoft’s sensible approach enough to convince the masses? Or are folks actually nicely accustomed to having both a tablet for one instance and a notebook for another?