The folks at Microsoft have gone full throttle in their push against the iPad this Christmas, releasing a 30-second ad in which the company advertises its Surface Go while also claiming that the iPad Pro isn’t a real computer.

The ad, which is a musical affair set to the tune of “Grandma Got Run Over by a Reindeer,” features a 10-year-old girl who claims that while an iPad was fine when she was six, now that she’s older, it just won’t cut the mustard and instead, her grandma should buy her a Surface Go. Because, you know, the iPad can’t do computer things, apparently. 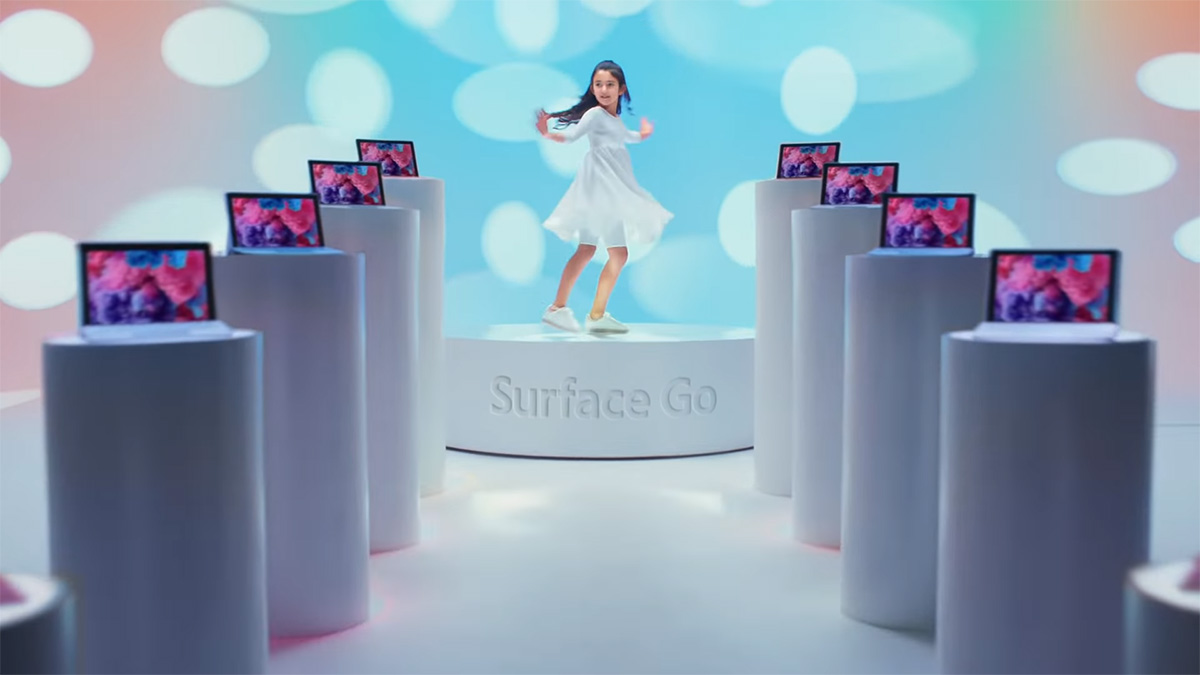 Ignoring for a minute that the Surface Go is slower than molasses, the ad itself is pretty fun and it’s catchy as all hell. We’re never huge fans of companies singling out competitors by name because it just feels desperate and in poor taste, but it never stopped Samsung and it’s clearly not going to stop Microsoft, either.

The Surface Go runs Windows 10 and has most of the same apps available to it as a desktop computer, something Apple’s iPad cannot boast. Price-wise, the base Surface Pro is powered by Intel’s Pentium Gold processor and starts at $399, whereas the 2018 iPad 6 which is powered by Apple’s A10 Fusion starts at $329, but if you want to do any of the things the video suggests, like coding, you’re going to need to spend money on keyboards and such no matter how you dice it.

Ultimately, we can’t imagine too many kids asking for Surface Go computers this Christmas, but that is probably why Microsoft is running this ad in the first place, so there’s that.