Microsoft has announced the next addition to its Surface lineup of computers and it’s a new tablet aimed at the more budget conscious market that the Surface Pro simply cannot hope to serve.

Starting at $399, the Surface Go is a 10-inch device that may need a handful of accessories in order to achieve its potential. 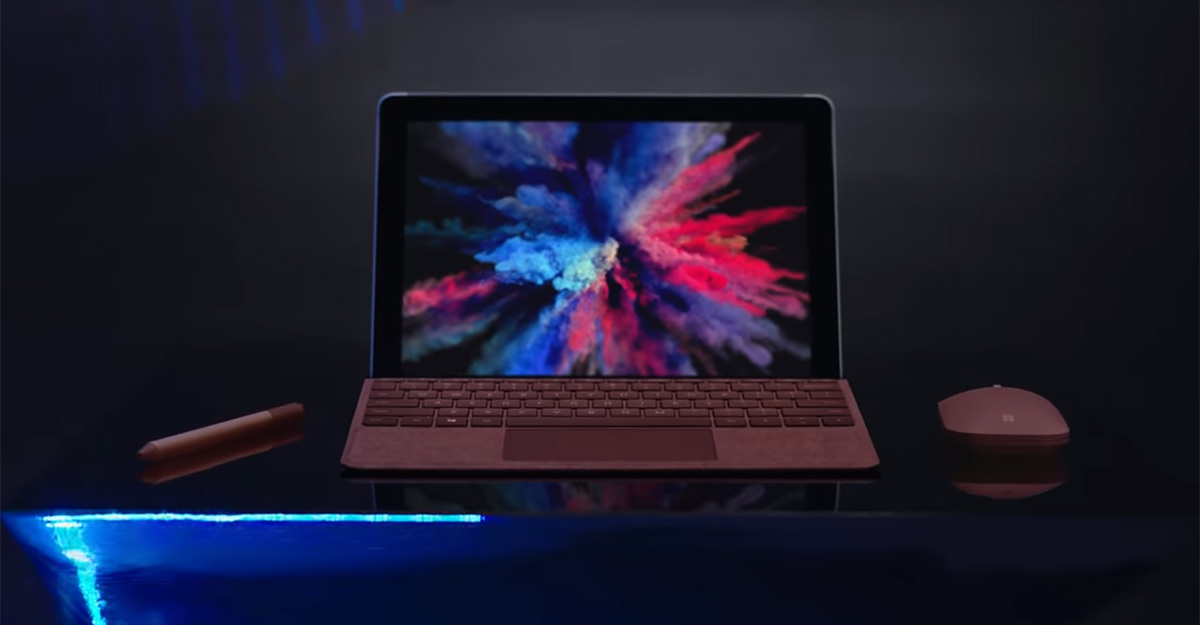 With dimensions of 9.6-by-6.9-by-0.3 inches and and weighing just 1.2 pounds, the Surface Go ships with a 10-inch PixelSense Display and starts out with 64GB of eMMC storage and 4GB or RAM at that entry $399 price point. However, anyone wanting a little more oomph can hand over $549 and get 128GB of SSD storage and 8GB of RAM which may make this a more capable device.

While both of those models are WiFi-only, there is an LTE version of the Surface Go available, although they will not make the launch date of August 2nd. The same goes for a high-end 256GB version of the tablet, too, although everything else is available for pre-order now.

Connectivity wise the Surface Pro ships with USB-C ports for both charging and connectivity, something that may be an issue for some.

While the starting price of the Surface Go is relatively inexpensive, it’s the accessories that will see the overall purchase price grow. The Type Cover starts at $99 but will increase to $129 for anyone who wants “laptop-class typing,” something that will apparently get them keys with around 1mm of physical travel. 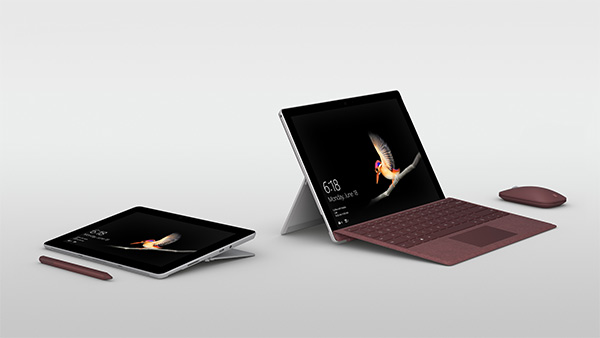 No matter which of the two keyboards you choose, they will be available in multiple colors with colored pointing devices also available to match at $35 apiece. Want a Surface Pen? That’s another $99, so all in you’re going to know exactly how much you’re willing to spend before picking one of these things out. 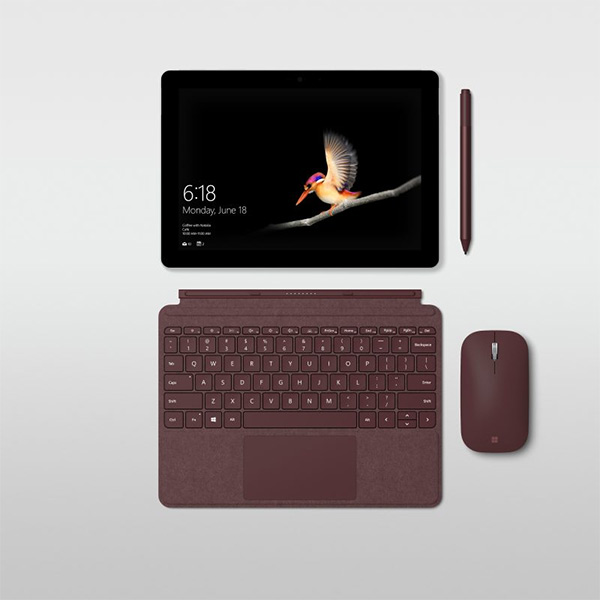 All of the Surface Go machines ship with Windows 10 S installed, meaning only apps downloaded from the Microsoft Store can be used. However, a free upgrade to a standard Windows 10 installation is also available, should that be required.

We think that the Surface Go may be one of the most interesting releases this year and cannot wait to see how well it stacks up to the entry-level 9.7-inch iPad.