Although the iPad Mini, which has recently been speculated as launching later this month, doesn’t have a solid list of leaked specs as yet, there have been plenty of mockups purporting to represent its final design. To give us an idea of how it’ll stand against its competitors once released, Nowhereelse.fr has compared the mockup with the Google-ASUS Nexus 7, and the Kindle Fire HD, recently announced by online retailer Amazon.

As you can see, the iPad Mini is quite a bit thinner than the Nexus 7, and considering the quad-core tablet isn’t exactly thick to start with, it looks like – from the mockup at least – the iPad Mini will continue the Cupertino’s motif of thin, sleek and light. In fact, the dummy iPad Mini’s thickness, at 7.69 mm, is even thinner than the 9.91 mm thickness of the 3rd-gen iPad, and next to both the Nexus 7 and Kindle Fire HD, it also looks slightly taller than its would-be competitors.

The non-working dummy measures in at 13.5 cm (or 5.3-inches) wide, and 20 cm (or 7.87-inches) tall, which, in actual fact, is not a great deal smaller than the fully-fledged iPad measuring 9.5-inches tall and 7.31 inches wide. Although there’s been little talk of the display thus far, the iPad Mini could feature a resolution 1024×768 pixels. On a 7.85-inch diameter, that’s not Retina, but it is the same number of pixels as the iPad 2 – over a smaller area – if these numbers are indeed correct, the iPad Mini will certainly deliver a sharp visual experience. 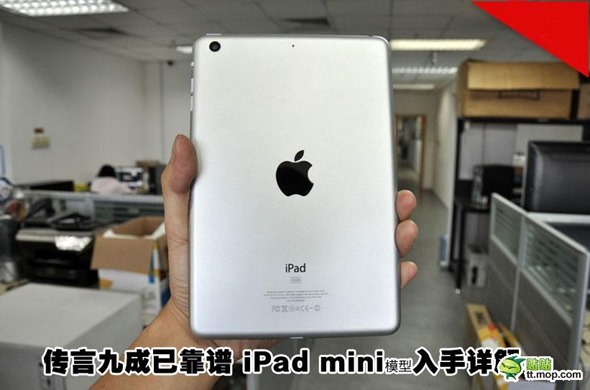 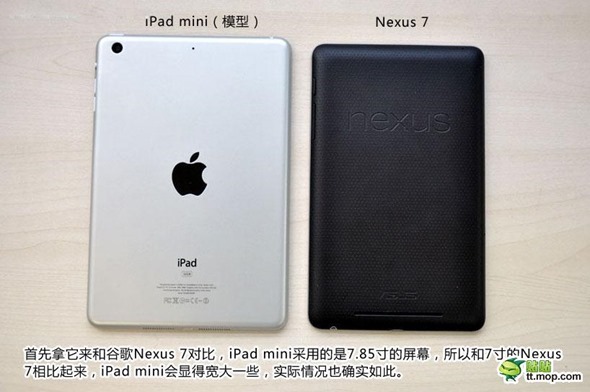 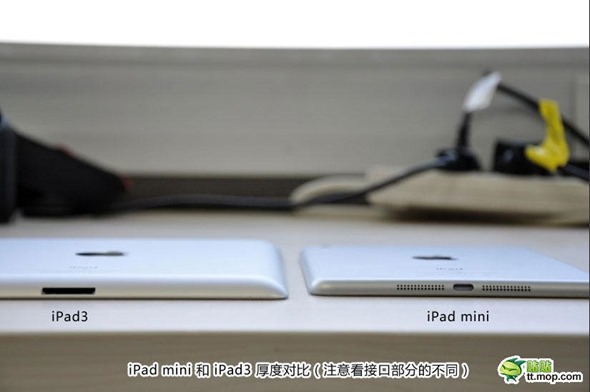 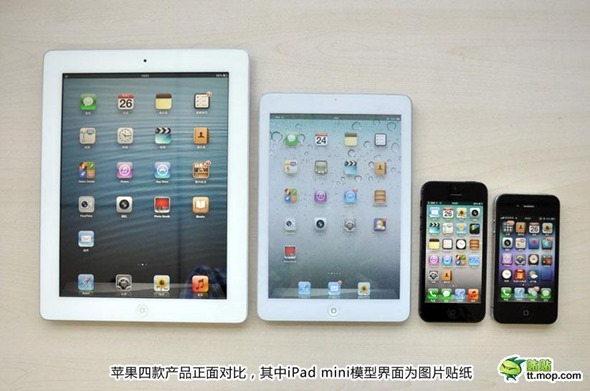 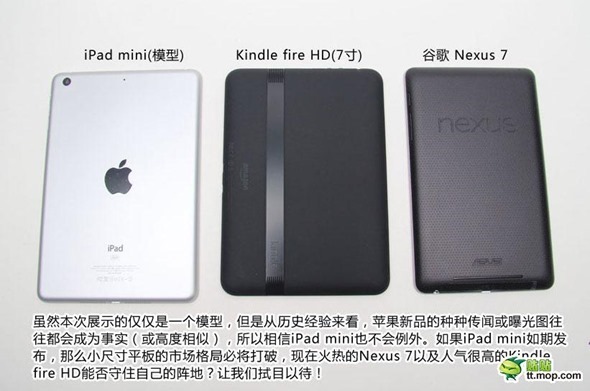 By keeping that same resolution and aspect ratio, current apps tailored for the larger iPad should run without issue, and as iPhone 5 users wait for the hundreds of thousands of apps to be tailored to their new smartphone, iPad Mini early adopters will be able to dive straight in.

Earlier today, we heard invitations for the iPad Mini event will be going out on October 10th, and although it’s merely inside info from somebody with links to Apple, it’s as close as we’ve got to gathering exactly when this elusive device will finally retail.

As far as the price point goes, the $299 is a recurring number cropping up, and if Apple can release a sub $300 tablet, one suspects the consumer demand will be through the roof.