Apple’s recent ‘Hey Siri’ event held at the Bill Graham Civic Auditorium in San Francisco was packed full of pretty much everything an excited consumer could hope for. New iPhones, new iPads, a new Apple TV and some Apple Watch announcement, followed by new accessories and new software; it really had it all. With that said, the majority of us have chosen to focus on a number of the key announcements that were made during the event, ultimately neglecting some of the unveilings, such as the introduction of the iPad mini 4. Well, the tablet has finally been pried open, so it’s time to take a little peek at what Apple is offering with its new 7-inch tablet.

It’s not surprising that hardware like the iPhone 6s, 6s Plus, and the new iPad Pro have been garnering most of the media and public attention. Apple may have introduced the iPad mini 4 during the event, but it also did a fairly impressive job of glossing over any real details of note. Thankfully, for those that are interested in the fourth-generation iPad mini, it has been shown some destructive love by the iFixit team so we can take a look at exactly what will be shipped to our door if we make that purchase.

The teardown immediately reveals one of the inclusions that Apple conveniently decides to remain silent about. The dismantling of the iPad mini 4 confirms that it ships with 2GB of RAM on-board, confirming the recent Geekbench 3 benchmark results that were ran on the tablet. Those benchmarks also showed that the iPad mini 4 will come with Apple’s own internal A8 processor, clocked at 1.5GHz, making the device theoretically faster than the iPhone 6 and 6 Plus, as well as the rest of the iPad mini lineup, as you’d expect. 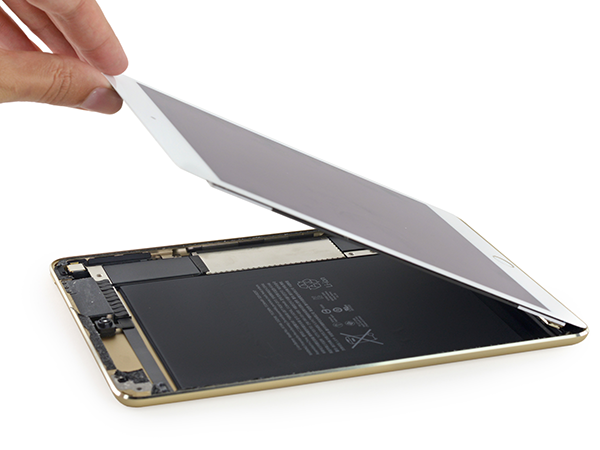 One thing that is evident from Apple’s new products launch, is that the company is keen to ship new devices with smaller battery units included where possible. Rather than compromise on the battery life offered, Apple has shown that it’s invested in making power savings through combined software and hardware efficiency. Like the iPhone 6s, the teardown has revealed that the iPad mini 4 will ship with a smaller, single-cell battery pack built-in. The new tablet contains a 5,124 mAh battery compared to the 6,471 mAh cell that shipped in its predecessor.

Not only is the battery thinner and of lesser capacity, it’s now a single cell, instead of two. 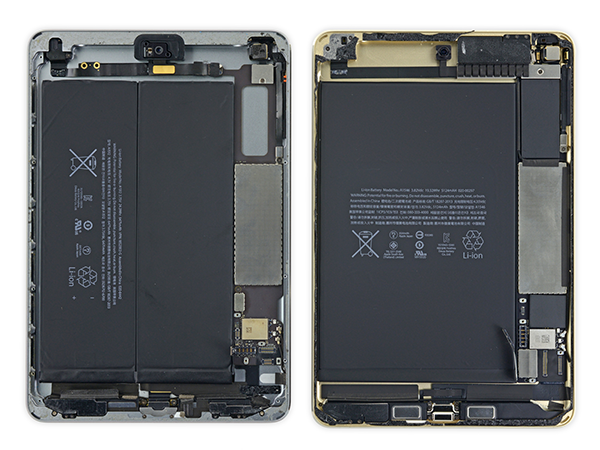 The reduction in size of the hardware to fall in line with the visuals of the iPad Air 2 has also meant that Apple has needed to move around certain components. The teardown reveals that a number of internal components are slimmed down versions of their former selves. The FaceTime camera module being used, is slimmer than it was, the battery is now smaller as mentioned earlier, the thin display panel borrows the same technology being used for the iPad Air 2, and Apple has even moved around the location of antennas to make the necessary changes to the internal structure of the iPad mini 4. 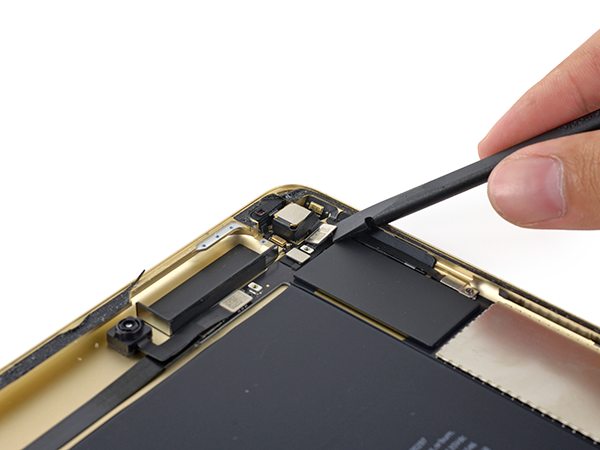