People like guns, and they like shooting them at things. People are also rather keen on their technology, with the iPad still the tablet of choice. Combining guns and an iPad is always going to be something of a crowd please, but when you also throw in a prototype quadrotor then you are onto a guaranteed winner.

A new YouTube video has surfaced from FPS Russia which does just that. Known for videos encompassing anything that could potentially include some kind of high velocity projectile, FPS Russia has managed to get together with the guys behind the Call Of Duty games in order to show off a toy that it is claimed will be part of the next game in the hugely popular and record breaking franchise. 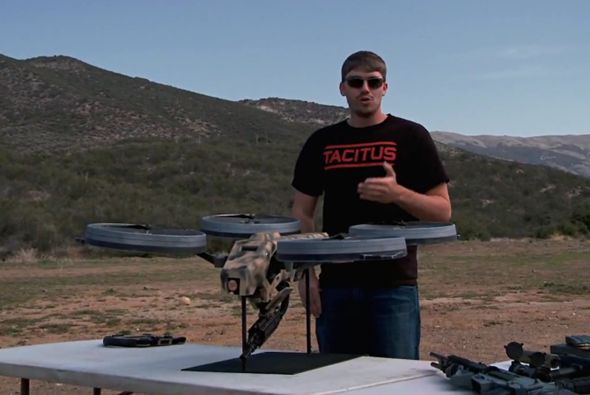 This five minute video shows one gun-toting Russian put a new quadrotor through its paces. As if having a gun and 100-bullet clip attached to it was not enough to get people interested, this particular quadrotor also has a trick up its sleeve: it is controlled via an Apple iPad.

The tablet itself does more than just provide a method of control. The prototype quadrotor comes equipped with a video camera, relaying a live video feed to the iPad whilst hovering around. Offering both a way of targeting, as well as a method by which to fly, the camera gives the holder of the iPad a viewpoint that could not be achieved any other way.

The quadrotor itself is claimed to be the weapon of the future, but we suspect the real aim of the video was to be part of the push for the next Call Of Duty game rather than to show us what we will be fighting wars with in ten years time.

Whatever the motivation, blowing things up with iPad controlled quadrotors is a sure way to get people’s attention, and with over three million views in around two days, the video itself is clearly proving popular amongst those who live on YouTube. 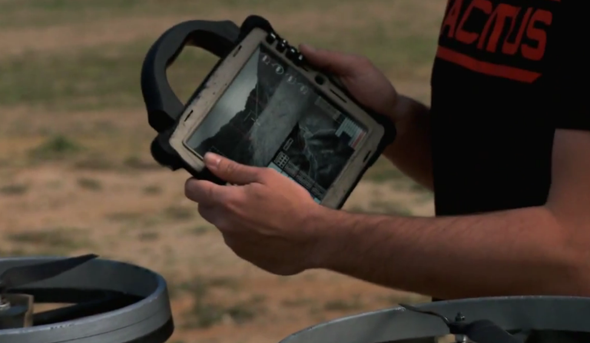 The only downside? Nobody seems to have been able to come up with a proper name for the thing, so FPS Russia chose to christen the thing ‘Charlene.’

Nope, we don’t quite believe that, either.