It’s been a while since we saw a well thought out and extremely useful tweak land in Cydia that brought some additional functionality to the Siri intelligent assistant. After seeing an influx of tweaks becoming available that aimed to enhance Siri, the last four weeks or so have been pretty quiet, that is until now with the release of the Error-O-Pedia tweak by Krishna Sagar. 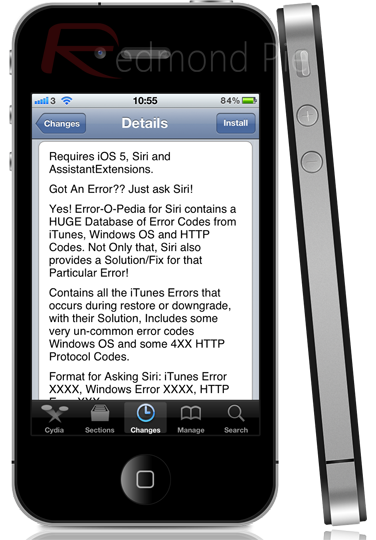 If you look past the rather unfortunate name, Error-O-Pedia is actually a very useful little tweak that makes Siri a one-touch resource for a plethora of commonly encountered error codes which users may come across on a daily basis while working with iTunes, Windows or HTTP. In its purest form, Error-O-Pedia basically gives Siri access to a comprehensive database of error codes, allowing users to invoke the chat bot feature of AssistantExtensions and query any error message that they may be presented with.

That, in itself is an extremely accomplished piece of work in my opinion, however, the tweak goes a little bit further and actually allows Siri to offer solutions and fixes to the given error message. The addition of immediate resolution suggestions will more than likely prove to be an invaluable feature for those who often get bogged down with Google results after searching for these error messages.

So, just what can Error-O-Pedia help with? Well, the information that comes with the tweak claims that the included database comprises of error codes relating to iTunes, the Windows OS and HTTP calls. It also features all of the error codes one may come across during the restore or downgrade process of firmware on iOS devices via iTunes, as well as some less common codes for which solutions are hard to come across. 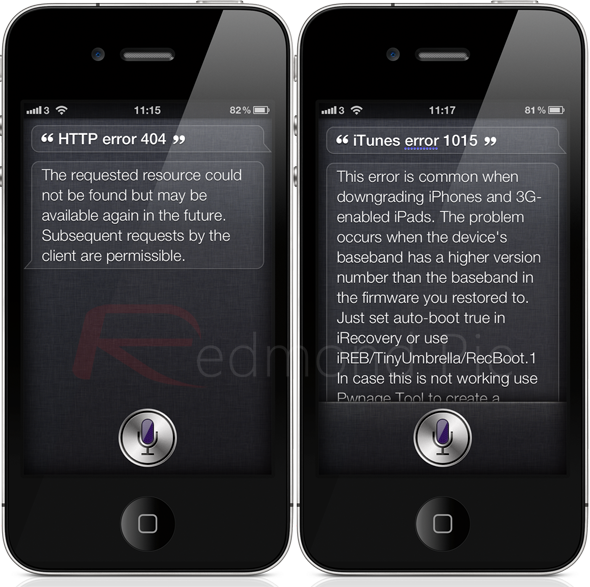 Error-O-Pedia worked extremely well during my testing and provided accurate information for a number of downgrade related errors. The tweak is available from the MacCiti repository for a cost of $1.00 and will install AssistantExtensions as a dependency if it is not already on the device.