The current spat between Google and Oracle has already thrown up one or two interesting tidbits, and we are all beginning to get a little insight into both the early days of Android and indeed the process which was followed in order to bring it to market. Just how Google sees Android within its larger business model has also been under scrutiny of late, with its profitability coming into question.

While the actual nuts and bolts of the situation are still being debated, one piece of news to come out of the process revolves around how Google approached its first carrier partner, T-Mobile, when Android was very much in its infancy.

According to information to come out of the latest round of Google Vs. Oracle legalese, Google presented some early Android smartphone prototypes to T-Mobile whilst trying to push the platform as an easy win for the carrier. With T-Mobile receiving the spoils of a data plan fee as well as the monthly contract fee, Google was to offer the software solution, just as it does today. The most interesting part of the equation though was the hardware that Google was pushing. 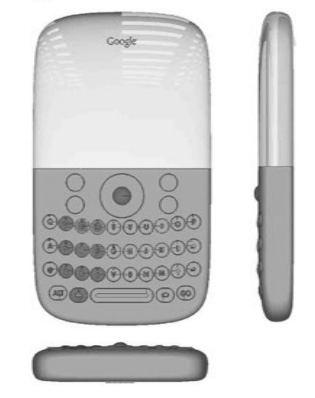 Similar to prototypes we have already seen from the 2008 days of Android, the handsets looked similar to the BlackBerry style of smartphones. With hardware buttons and a small screen, the handsets were certainly a far cry from the full touch-screen approach that Apple’s iPhone was taking, an the reference design from Google called for two soft-buttons with no other recommendations.

Hardware-wise, Google was an RMv9 processor of at least 200MHz, GSM or 3G connectivity, 64MB of RAM and ROM, a miniSD external storage solution and a 2-megapixel camera. A QVGA screen and hardware shutter button were also part of the early specification. 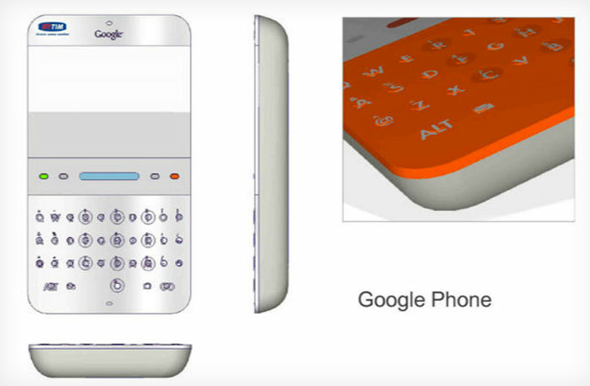 Google didn’t get the Android platform off the ground until October of 2008, a good two years after carriers were first being shown possible hardware designs. Slides used during the T-Mobile presentation have also gone some way to helping Oracle in its case against Google, with Java being mentioned repeatedly and proving that the technology was integral to the way Android is put together.

Android has come a long way since those early days, with software keyboards now very much the order of the day and BlackBerry hardware now showing its age. If RIM cannot make QWERTY keyboard-clad devices sell, it was no wonder that Google’s hardware partners took the iPhone approach for their own smartphones.