Amazon’s Prime Day deals may have come to a close but that isn’t stopping the deals from coming thick and fast. Right now it’s the turn of the MacBook Air and iPad with both lines available with some big discounts.

It isn’t all that often that some of these computers drop in price and while the MacBook Air is the 2018 model it is still a very capable computer for anyone looking for light, small notebook. At a time where students are getting ready for the new school year now right well be the perfect chance to pick up a bargain. 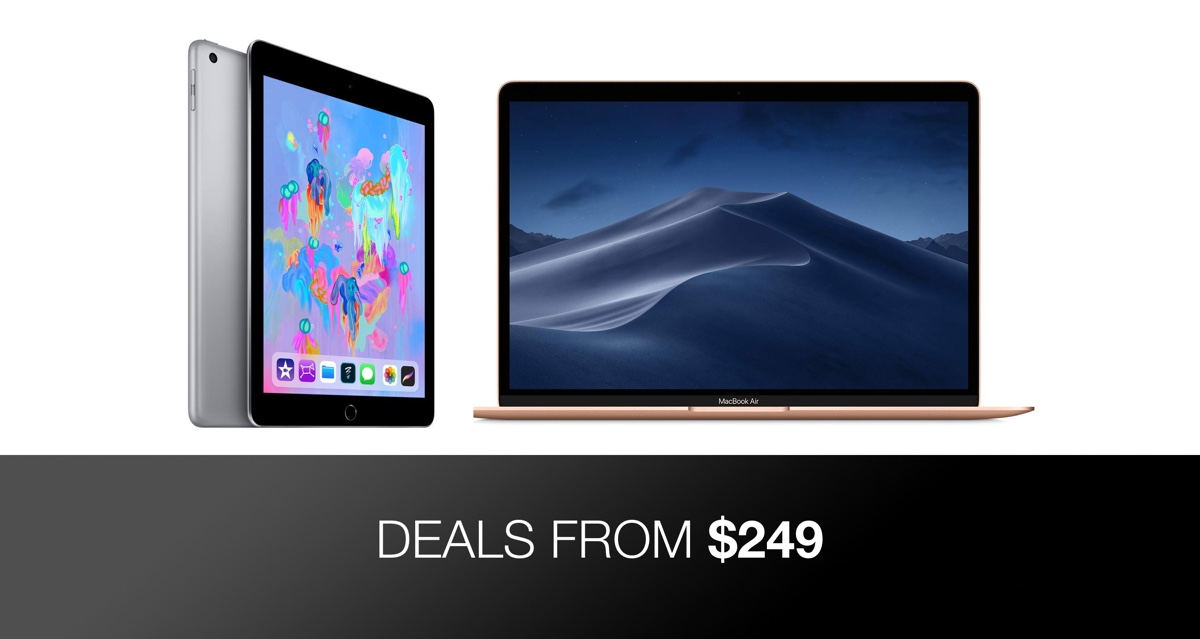 As for the iPad, this is Apple’s entry-level tablet that is still more than capable of handling anything that the majority of people are likely to throw at it. At 9.7-inches big, its screen is the perfect size and the A10 Fusion chip is still plenty powerful enough. Consider the security offered by Touch ID and this is a very capable tablet. At these prices it’s almost too good to be true.

Between those iPads and the MacBook Airs there should be a deal to be had for just about everyone there. Remember to get your orders in soon though – we don’t expect them to be around forever.