Download links for iOS 8.2 beta 2 have just went live over at Apple’s iOS Dev Center. Apple has released iOS 8.2 beta 2 nearly 3 weeks after first beta of iOS 8.2 was released. More details, along with changelog can be found below.

The Cupertino took the surprising step of releasing iOS 8.1.2 earlier this week to amend an issue relating to purchased ringtones, which were mysteriously disappearing from devices.

What was even more intriguing about the update, which also included a myriad of bug fixes as always, was that it didn’t plug the exploits that have allowed team TaiG to offer untethered jailbreak for iPhones, iPads and iPod touches running iOS 8.1.1, and as such, the tool has been swiftly updated to allow iOS 8.1.2 users to do likewise. 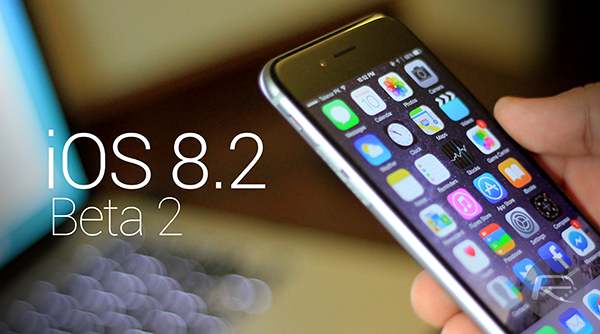 The state of a possible jailbreak on iOS 8.2 is currently unknown, and will probably remain so until the software is deemed ready for prime time. TaiG has already inferred that it has made inroads with iOS 8.2, suggesting that an immediate jailbreak is a realistic prospect, but with Apple being aware of the kernel exploits within iOS 8.1.1 and indeed, 8.1.2, it’s fairly likely that the Mac maker will have the jailbreak scene back at the proverbial drawing board pretty soon.

As for iOS 8.2, the changelog for the second beta indicates that there is not a lot to write home about, disclosing only the bug fixes that seem to be bundled into every software update these days. It’s possible that some other tweaks will have been made and not been treated to an honorable mention in the release notes, but on the face of it, iOS 8.2 beta 2 seems a very uninteresting, businesslike update.

This beta version of iOS 8.2 contains bug fixes and improvements. 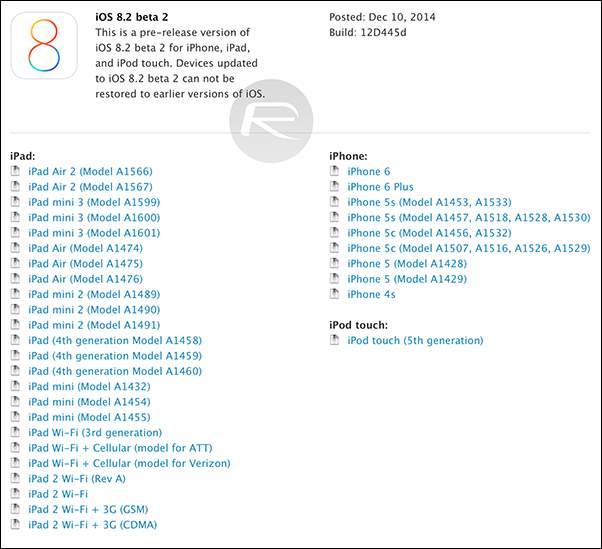 Since it’s hot off the press, we’ve not yet had a chance to properly look through it and discover if there are any hidden treasures, but as and when we do notice anything noteworthy, we’ll be sure to let you guys know right away.

If you’re subbed to the Developer Program and happen to spot a hidden feature or two, please let us know by dropping us an email or simply adding a comment below this article.

As ever, you can avail the newest beta via the Software Update feature, so long as you are a registered, paying developer. If not, it only costs $99 per year, and if you’ve a vested interest in pre-release Apple software, it’s an investment worth making.