iOS 6 / 6.0.1 Jailbreak Untethered For iPhone 5 And Other New Devices Now Being Worked On By Both Pod2g And Planetbeing

Many of our readers would consider themselves technology enthusiasts, and as a result have considered purchasing, or have already purchased an iPhone 5, or have at least upgraded their existing handsets to iOS 6. Months after its release, many are rightly becoming impatient with the release of an untethered jailbreak for both iOS 6 or the iPhone 5. Well-known developers such as Planetbeing have been updating users, which we have covered extensively in the past, and today we have some more good news. A new tweet suggests that he is making some progress again, this time with famous iOS security researcher Pod2g.

According to a new tweet by Planetbeing, last Friday was spent with Pod2g, another well-known developer, finally ironing out a working untethered jailbreak for iOS 6:

Made some nice progress today with @pod2g. I think I’ll try to reward myself with a nap. 🙂

This morning, Pod2g, who was previously busy with setting up his own company called 2G Lab, tweeted this in response to Planetbeing’s tweet, confirming that he too is now actively involved in making untethered jailbreak for iOS 6:

@planetbeing oh yeah! 2 new vulnerabilities in a day, chance was with us. But we still miss that initial code execution for a public jb :/

Last year, at JailbreakCon 2012, Pod2g stated that he had some “partial injection data”, which would have been a great stop towards a jailbreak if Apple hadn’t patched another vulnerability that made a full jailbreak viable. Earlier this month, Planetbeing confirmed that he has a working iOS 6 jailbreak running on his iPhone 5.

The tweets from today suggests that all they are missing now is an initial code execution for a public jailbreak. Jailbreaking is a cat-and-mouse game, and over the last few years it has become increasingly difficult to perform, especially on newer devices. Pod2g’s active involvement now in developing iOS 6 jailbreak with Planetbeing and others is a great news for the community.

It is important to note here that iOS 6.1 release is just around the corner. The dev teams involved in iOS 6 jailbreak will likely wait for Apple to release iOS 6.1 before releasing any untether tool for newer devices. 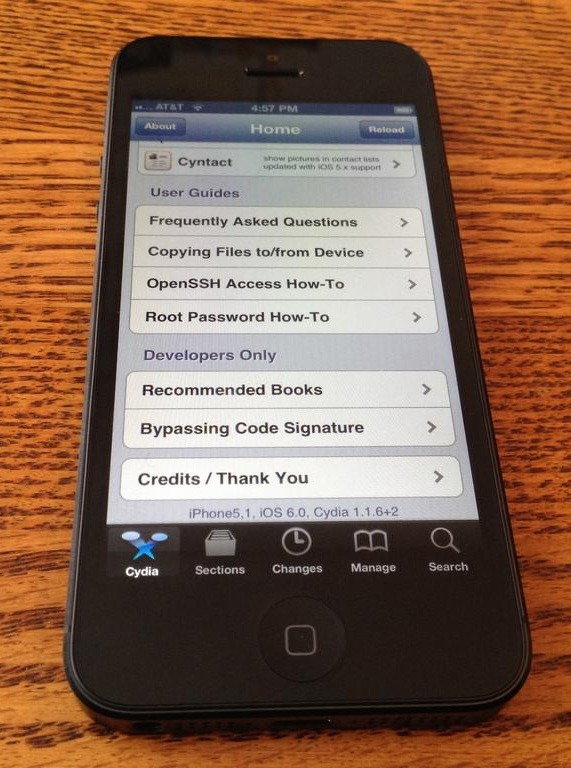 Meanwhile, if you own a pre-A5 device, such as an iPhone 4, iPhone 3GS or 4th-generation iPod touch, there is a tethered jailbreak available for you right now, using either Sn0wbreeze or Redsn0w. You can read our detailed tutorials on how to jailbreak iOS 6 and jailbreak 6.0.1. These are tethered jailbreaks, therefore you will need to plug your device into a computer running either one of these tools whenever you start it up, in order to boot it into a jailbroken state.

With a proper, untethered jailbreak now on the horizon, your wait may be almost over. Meanwhile, we will be sure to keep you updated on any new developments, which will likely be many over the next few weeks.