Apple’s new iOS 16 update has been around for a week now and there’s one thing that has been driving people crazy ever since they installed it.

People are finding that when they try to paste content from one app to another, they’re prompted to either allow the action, or block it. Thankfully, Apple says that we shouldn’t be seeing it anywhere near as much as we are.

The feature is actually a privacy one, and it’s designed to ensure that people know when an app is pasting data from the clipboard.

However, it’s doing it too often — even after permission has been given. Now, Apple says it’s not working as expected according to a MacRumors report citing an email sent to Craig Federighi and Tim Cook.

Ron Huang, a senior manager at Apple, joined the email thread saying the pop-up is not supposed to appear every time a user attempts to paste. “This is absolutely not expected behavior, and we will get to the bottom of it,” Huang said. Huang added that this behavior is not something Apple has seen internally but that Kieran is “not the only one” experiencing it. 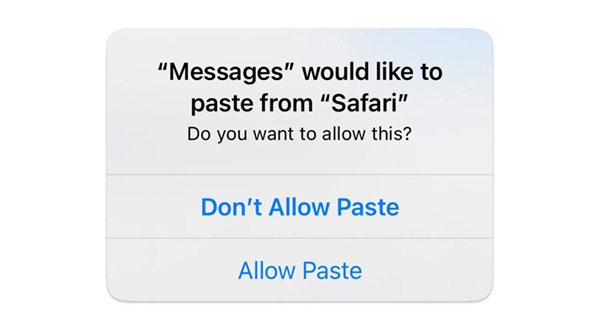 It’s interesting that Apple says that it hasn’t experienced the same issue — our beta testing throughout the summer saw the same thing constantly, suggesting that it should have been picked up before this point.

However, with iOS 16.1 now in the hands of developers, it’s possible we could see the fix applied via that update when it’s made available to everyone.