iOS 13.4.1 Downgrade To iOS 13.4 No Longer Possible As Apple Stops Signing The Firmware

With immediate effect, Cupertinio-based Apple Inc. has stopped allowing its authentication servers to digitally sign iOS and iPadOS 13.4. For iPhone and iPad owners, it means that downgrades to iOS/iPadOS 13.4 are no longer possible.

The internal move by Apple follows on from the company’s release of iOS 13.4.1 and iPadOS 13.4.1 into the public domain last week. 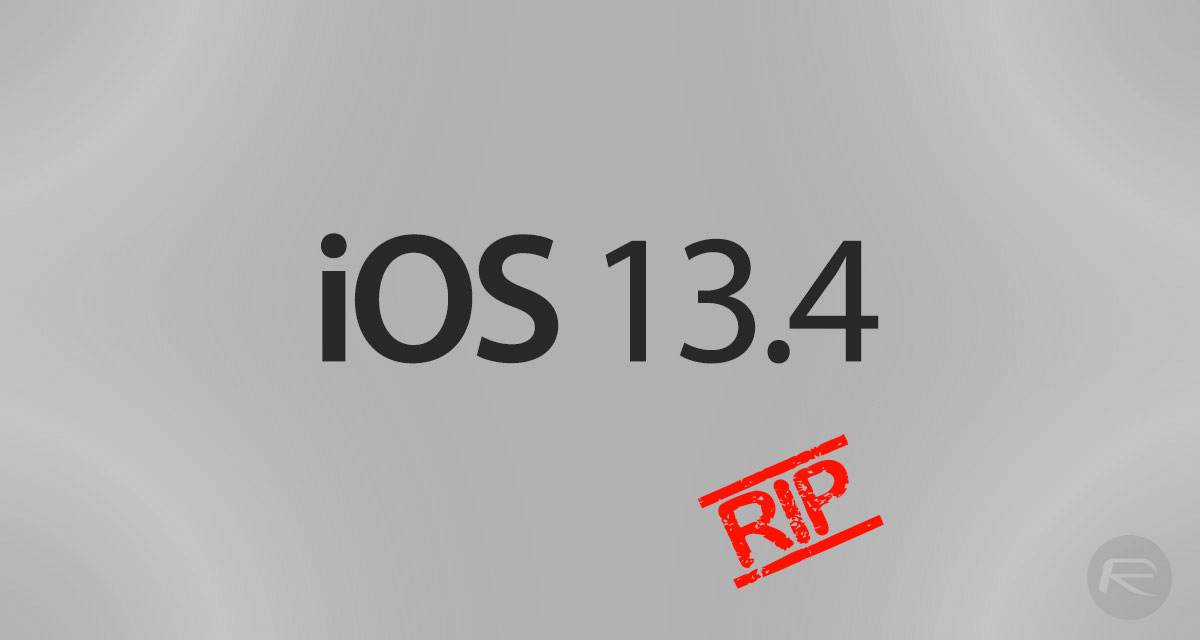 That release means that compatible iPhone and iPad owners have immediate access to brand new builds of iOS and iPadOS and can upgrade via an over-the-air (OTA) update or through an IPSW installation if they are on an earlier version of iOS/iPadOS.

Apple makes no secret about the fact that it wants those who can be to be on the latest version of the device’s firmware. With that said, there is also very likely an element of “stopping the jailbreakers” to this move.

From a jailbreak perspective, it is extremely commonplace for device owners to take the plunge and install a newly released firmware version to try out new features or to test the stability of that release. After a period of time, they then want to downgrade to an earlier version of firmware that can be jailbroken via tools like unc0ver or checkra1n. Device owners can also sometimes inadvertently update their firmware without meaning to and lose their jailbreak. Hence wanting to rollback that upgrade.

Thanks to this move by Apple, those who are moved to iOS and iPadOS 13.4.1 – whether via their own intent or through accidental/erroneous means – will no longer be able to downgrade to iOS or iPadOS 13.4.

Thankfully for jailbreakers, the current checkra1n 0.10.1 beta actually contains support for both iOS/iPadOS 13.4 and 13.4.1, which means that those who do find themselves stuck on 13.4.1 can still actually benefit from device liberation. Due to checkra1n being checkm8-based, which in itself exists at the bootrom level, Apple cannot patch that particular jailbreak with software releases meaning that all devices from iPhone 5s through to iPhone X will still be able to be jailbroken on every firmware release that supports those devices.

Great news for jailbreakers! For now, however, if you did have a genuine reason for wanting to be back on iOS or iPadOS 13.4 other than jailbreaking, Apple has ensured that it is no longer possible to achieve that with its latest server-side change.