iOS 13.4 Release Notes / Changelog: Here Are All New Changes And Features In One Place

Here’s iOS 13.4 / iPadOS 13.4 final release notes and changelog for iPhone and iPad that you need to know for everything that is new in this release. This is going to enable you to determine whether or not you want to go through the installation process before actually doing it.

Cupertino-based Apple Inc. has officially pushed iOS 13.4 and iPadOS 13.4 out into the public domain after a period of internal and external testing. 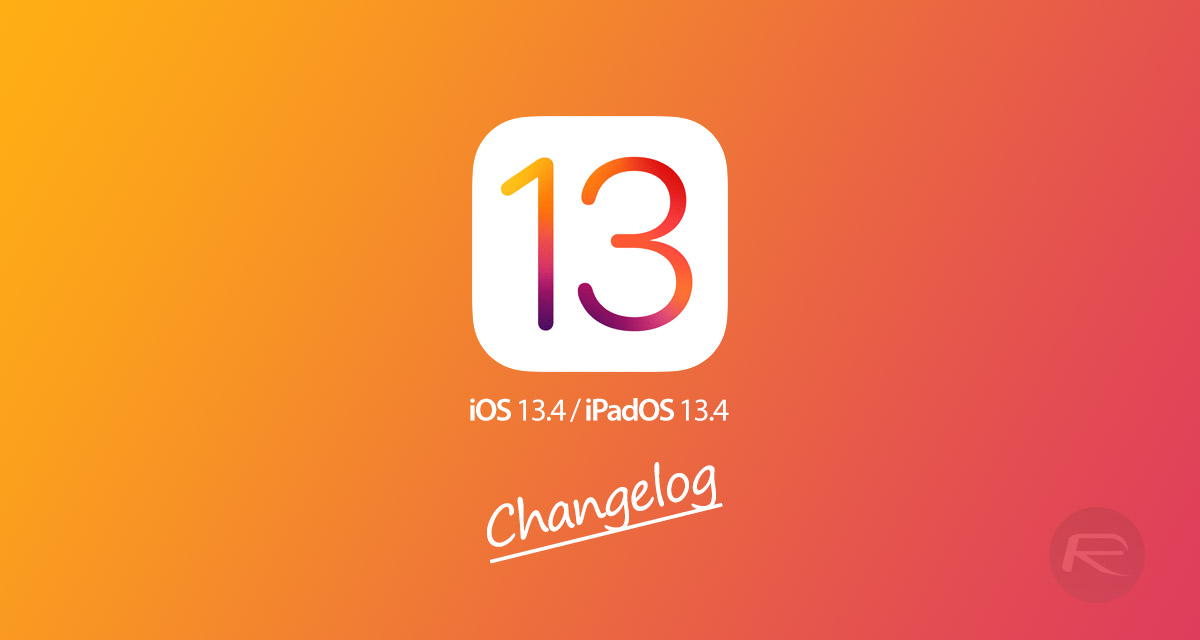 This means that both are now available for any user who happens to be wielding a compatible iPhone, iPad, or iPod touch in their possession. As always, we want to give you the chance to familiarize yourself with exactly what you are going to be getting before you actually go through the process of getting it.

With iOS 13.4/iPadOS 13.4, Apple has introduced great new features, such as iCloud Folder Sharing and a brand new impressive CarKey API that will allow people with compatible devices and compatible vehicles to put the two together. Visually, Apple has also changed a number of toolbars and components across various apps as well as introducing new streaming options and data control mechanisms for those who use the native TV app.

There are now universal purchases across iOS, iPad OS, macOS and tvOS, a brand new Shazam shortcut, and various new Memoji and Animoji stickers that users can interact with and add to messages and communications. For a lot of people, the iCloud Folder Sharing functionality is definitely something that a lot of iPhone and iPad owners will be excited about but perhaps the biggest change comes in the form of full mouse/trackpad support coming to iPadOS.

If you prefer the way that Apple sets up release notes directly on the device itself as part of the download process, then you can read Apple’s own words for yourself below. Apple now does a fairly good job of articulating all of the changes in any firmware release, meaning that reading those notes will give you a good overview of what’s what. Check them out below and see what you think; will you be going ahead with the update on your iPhone or iPad?

iPadOS 13.4 introduces support for mouse and trackpad with iPad for greater precision and navigating the system with Multi-Touch gestures, and adds iCloud Drive folder sharing from the Files app and new Memoji stickers. This update also contains bug fixes and improvements.

This update also includes bug fixes and other improvements. This update:

Some features may not be available for all regions or on all Apple devices. For information on the security content of Apple software updates, please visit this website: https://support.apple.com/kb/HT201222