ChargerLAB has performed a number of tests with iPhones running iOS 13.1 and discovered that Apple’s latest firmware limits the charging speed provided by certain wireless chargers which are currently in circulation.

The firm has been testing newer iPhone models running iOS 13.1 and has found that wireless chargers which have previously been capable of charging Apple’s devices at a fast-charging rate of 7.5W are now limited to just 5W.

It’s likely fair to suggest that the average iPhone owner with limited technical knowledge won’t be overly au fait with the charging rates that they are theoretically capable of receiving via fast-charging hardware but the upshot is that owners of affected wireless chargers will notice that their iPhone takes longer to charge with iOS 13.1 installed.

This change isn’t affecting all chargers. The company has also noted that certain devices appear to be exempt from the change with the release of iOS 13.1, including hardware from Belkin, Anker, Logitech, and one of Apple’s favorite third-party manufacturers, Mophie. This discovery has led ChargerLAB to surmise that Apple is limiting 7.5W charging to those wireless charging pads and stands on the market which utilizes fixed-frequency voltage regulation techniques, “Apple Fast Charging,” as Tim Cook’s company calls it. 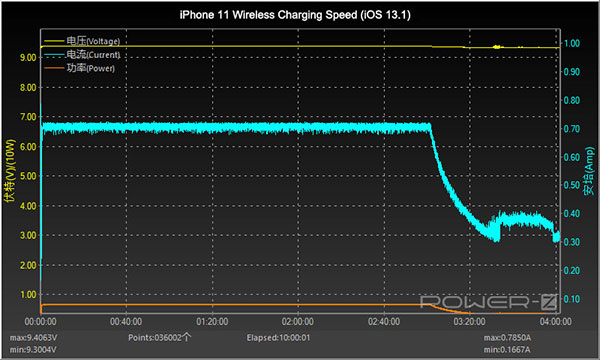 The reality is that this isn’t “Apple” technology or “Apple Fast Charging” and is actually a technique and technology which now forms part of the Qi standard as of last year, as highlighted by our friends over at MacRumors.

If accurate, it would suggest that manufacturers of wireless charging pads and stands could incorporate this technology without having to go via Apple’s MFi Program for certification of the official “sign-off” from the fruit company itself. Those charging pads should then be capable of delivering 7.5W charging to devices running iOS 13.1.

It will likely be extremely frustrating to those with an affected charger who will likely see this as Apple “artificially” limiting the speed at which it can charge devices running iOS 13.1.