With iOS 12 now being tested out by seemingly half of the internet, we are learning more and more about what will be the next big iPhone and iPad software release later this year. As always, there are some lesser known tidbits that could be huge changes in the cumulative and they are all starting to find their way out of the woodwork.

We’ve already shared a few of them and below we have three more, starting with Apple Music searching.

Searching for music is not exactly the most exciting feature and it’s something you would imagine most apps would have covered off by now, including Apple Music. That’s true – it does, but with iOS 12 installed, users have noticed that Apple Music is now capable of finding songs even when users search for nothing more than some lyrics as their guide.

Perhaps indicative of the software’s current beta moniker, this does not yet work for all songs but we’re sure you’re going to have fun finding which do and which do not work. 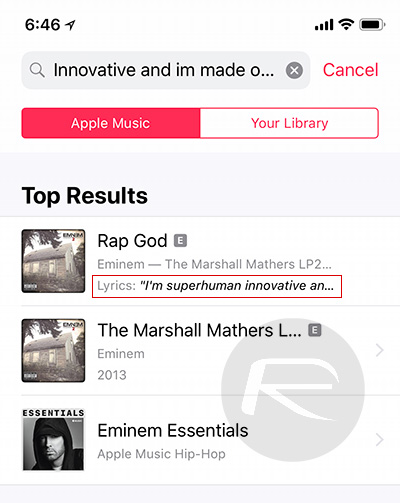 With the iPhone X, it’s far too easy to accidentally take a screenshot. That’s just a fact, mainly thanks to the way screenshots are taken and the button presses required. Now, Apple has changed this slightly to prevent screenshots from being taken when a device is not fully awake – this alone should prevent thousands of lock screens being accidentally snapped!

Taking portrait photos is one of our favorite uses for the iPhone these days and has been since the Portrait Lighting feature was introduced with iOS 11. With iOS 12 this feature has gained some new improvements, although it still carries that beta label that it has had since last year.

Portrait mode photos are better than ever. Camera now generates a mask when it detects a person and intelligently and elegantly separates the person from the scene.

The more we learn about iOS 12, the more it becomes clear – there is no one big new feature that changes the game but rather lots of little ones that may just make this release one of the best yet.