With iOS 11.3 now in the hands of more than just beta testers and developers, we are starting to hear about little changes that had not been picked up on before.

One of those is something that will not make a huge difference to many people, but if you’re like us and use multiple Apple IDs across multiple App Store locations, then you are likely going to be pleased to learn about this.

As multiple people – including us – have noticed, with iOS 11.3 installed the App Store no longer needs users to log into specific Apple IDs associated with apps in order to update them. This goes for apps that were originally downloaded from App Stores associated with other countries, too.

Previously, if you had a U.K. Apple ID and downloaded an app from an alternative U.S. Apple ID, you would only see updates to that particular app when you sign into the App Store with that ID. And then to update those apps, manual sign out and sign in was required to update apps installed from the other Apple ID account. Now, no matter with which Apple ID or App Store you are signed in, all app updates are available in one Updates page within the App Store.

You will, of course, be prompted to enter the password of the account associated with the Apple ID used to originally download the app, but that is a lot easier and certainly quicker than having to switching App Stores. 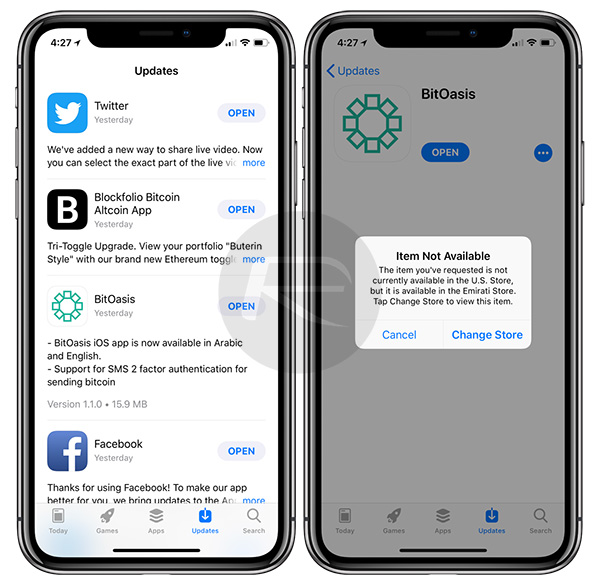 Apple released iOS 11.3 a couple of days ago after a lengthy beta process, and while we did generally know what to expect, there are often little changes like this that slip through the net. Unfortunately, this does not make up for what is missing from the release, namely AirPlay 2 and Messages on iCloud, but it’s still better than nothing!