Here’s how you can check iOS 11 download day release time in your region’s local time zone in the worldwide chart we’ve embedded below.

Apple’s iOS 11 platform has been in development for a number of months now with the Cupertino-based company pushing out a record number of pre-release seeds to both registered developers and public testers. The company’s executive hierarchy, as well as its internal engineering teams, are now happy with where iOS 11 is, and have penciled in September 19 global release date for the general public release. 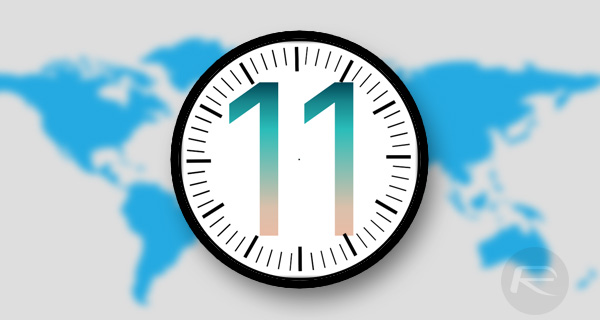 As is generally the case with Apple, the company does a wonderful job of pushing platforms through the difficult testing and development process, and even manages to keep device owners up to date with the date of public launch, but never goes to the extent of giving an actual granular time. The company may not want to give out that information in case anything changes or unforeseen problems arise on the day, but history has given us a fairly accurate indicator that Apple will drop iOS 11 at 10:00AM Pacific Time on September 19, 2017. That’s 1:00PM Eastern Time. Not just that, at the same date and time, the company will also push final versions of watchOS 4 and tvOS 11 to public.

It’s not unusual for the general iOS device-owning public to be excited about a new release of iOS. Apple has a wonderful track record of continually updating its major mobile platforms and continuing to bring new features to users with old and new devices, such as iPhone, iPad, and iPod touch. With that said, given the fact that this is iOS 11, as well as the fact that it contains some wonderful improvements and feature additions, and if you add in that it will be the only version to power the iPhone X, and iPhone 8 / 8 Plus, you come to an understanding as to why excitement is at an all-time high for this release.

One thing that the company has already proven is that it simply will not give a countdown or a time of release to device owners. Devices will be happily running a version of iOS 10 one minute, and then within seconds, there will be an alert to say that a software update is available and that the maiden release of iOS 11 is happening. That’s why we feel the need to give the expected release time on a time zone basis so that you can be prepared for the release no matter where you are in the world.

Make sure that you check out the chart below to see the exact release time in your area, and make sure that you set some time aside to battle with Apple’s authentication servers. This is going to be a big one and we want you to be prepared for it. 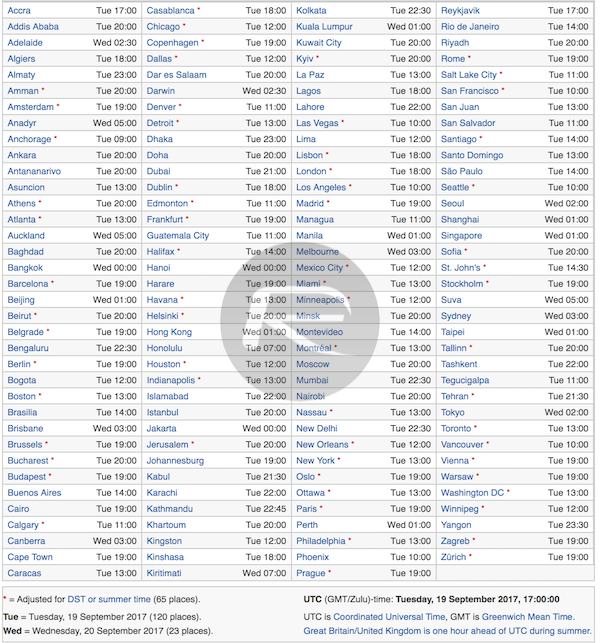