The smartphone game has been around for long enough now to make some predictions about what will happen when companies like Apple make certain announcements around products, or release new products or software into the market. As an example, when a new device launches, we will always see destructive individuals torturing that hardware in new and innovative ways in exchange for YouTube video views.

A release of any new pre-release firmware generally always results in the creation of speed tests videos comparing that beta seed with the current public version, with iAppleBytes once again providing the experience by showcasing iOS 10.3.2 beta 2 against the current iOS 10.3.1. 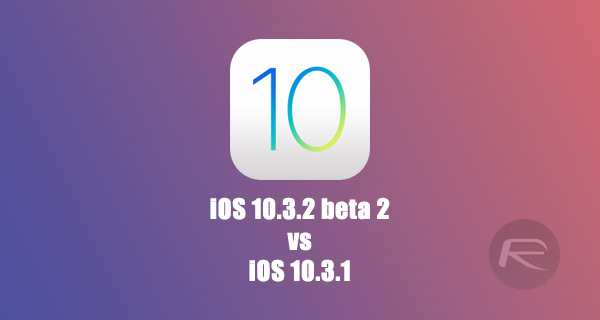 We’ve seen this format before, so it should be fairly straightforward. The YouTuber basically takes a plethora of devices, including iPhone 5, iPhone 5s, iPhone 6, and iPhone 6s, and installs iOS 10.3.2 beta 2 and iOS 10.3.1 on them in order to try and ascertain if there are any differences from a performance perspective.

The devices are then put through a series of tests, including timing how long it takes for the two to boot-up from a cold start to the lock screen, as well as interacting with and launching multiple stock apps on the device.

If we take iPhone 5s as a starting point, there is literally no difference in loading times. At least not one recognizable to the human eye. Loading up apps, such as Messages, and then interacting with that app and adding content to it is almost pretty identical across both versions of iOS. There are certain instances when iOS 10.3.1 looks to have a very slight edge over iOS 10.3.2 beta 2 by being able to push content onto the display quicker, but it’s extremely minimal and only seems to occur with some applications.

If we move across to a more modern device, Apple’s iPhone 6s, then we see a very familiar story, with both devices making it to the Home Screen in tandem, albeit with iOS 10.3.1 getting there a nanosecond ahead of its iOS 10.3.2 beta 2 counterpart. Loading up and running through various stock apps, such as Messages and Mail, also offers pretty much identical performance across both versions of the platform on that specific device. Obviously this is only a second beta, with at least one more to come before we see the final version of iOS 10.3.2 pushed out, but all signs point to an almost identical performance to what we currently have.

Interestingly, we also get an insight on iOS 10.3.2 beta 2 for 32-bit iOS devices considering the the first beta of iOS 10.3.2 was never released for 32-bit iPhones, iPads.

Check out all the devices in action below!