How To Add More Gestures And Actions To Apple AirPods

When Apple introduced its AirPods wireless earphones, we all marvelled at the design, at the time forgetting that the removal of the wires meant that the remote also had to go. Since then, it has become clear that controlling the AirPods is less than optimal, with a combination of minor controls via taps of the AirPods and Siri integration claimed to be enough to keep everything ticking along.

As we all know though, that isn’t strictly the case and those of us longing for more controls have been left in the cold. Until now. 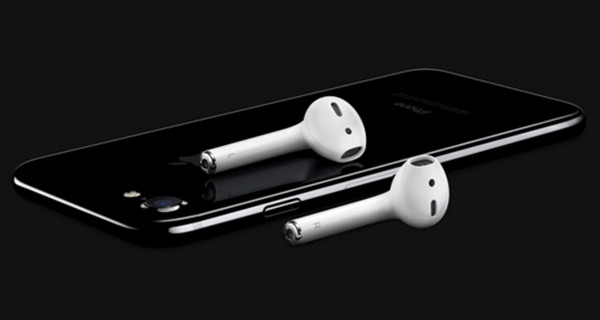 A new jailbreak tweak called Siliqua may just be the answer that we have been looking for, because it takes the AirPods and gives them a host of new controls that can be activated via different taps.

Yes, unfortunately, this tweak cannot add extra buttons or a remote to Apple’s popular wireless earphones, but it can add functionality via the existing control method of multiple gesture taps to the ear. Anything is better than nothing, right?

Available via the default BigBoss repository of the Cydia store and costing absolutely nothing, Siliqua can offer a variety of different functions, for example:

We think that is plenty to be getting on with, and there are some important ones in there that we would argue should have been part of the original, official feature set provided by Apple out of the box. Alas, and as is so often the case, things have been left to the jailbreak community to take care of. 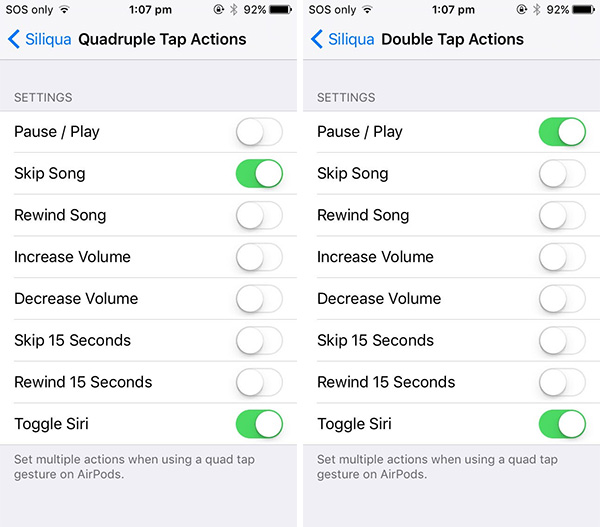 Gestures can be activated by either double-tapping or quadruple-tapping AirPods earpiece, and multiple actions can be enabled for each of the two triggers. If you’re an AirPods owner who needs more control over their audio, this is one tweak you won’t want to miss out on.