App developer Steve Troughton-Smith has again been poking around inside an unreleased version of iOS, and this time he appears to have discovered lines of code which he believes confirms a previous Bloomberg report that a new 10.5-inch iPad is in the works with a screen refresh rate higher than the 60Hz offered by existing devices.

While the code found within the latest beta release of iOS 10.3 does not give any sort of indication as to the screen size of the unannounced device, but Bloomberg’s previous report did speculate that a 10.5-inch iPad with a refresh rate higher than existing iPads could be on the way.

The code that Troughton-Smith found is related to how developers would need to build their apps in a world where a variable refresh rate would come into play.

While there is no actual mention of a frame rate being higher than 60fps, it is unlikely that Apple will launch an iPad or iPhone with a refresh rate designed to be lower than that value.

KGI analyst Ming-Chi Kuo initially reported that Apple was working on an all-new 10.5-inch iPad last summer. That same report also mentioned that a new, less expensive iPad at the 9.7-inch size was also in the works. Following the release of that exact device this week it could potentially add credence to the report as a whole.

Apple’s iPad lineup received a refresh and price drop across some of its products this week, but we are still waiting for an update to the iPad Pro specific devices. The 12.9-inch iPad Pro was originally released in late 2015, and all eyes are on whether that tablet in particular will receive some love in the coming weeks or months. 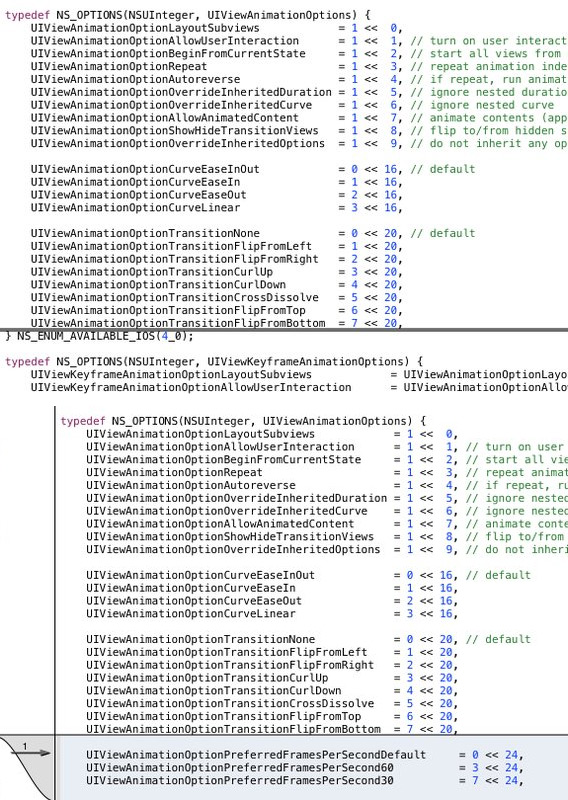 We do wonder when that may be though, especially with Apple deciding not to do it alongside the other iPad lineup changes this past couple of days.