Apple has officially announced a new 9.7-inch iPad 2017 model which replaces the iPad Air 2, while also reducing the price of iPad mini 4. Here are the details.

The new iPad is simply being called the ‘9.7-inch iPad’ as Apple chooses to drop the Air moniker. The arrival of a new tablet was expected, and now that it has been officially launched, we’re going to dive right in and take a look at the details. 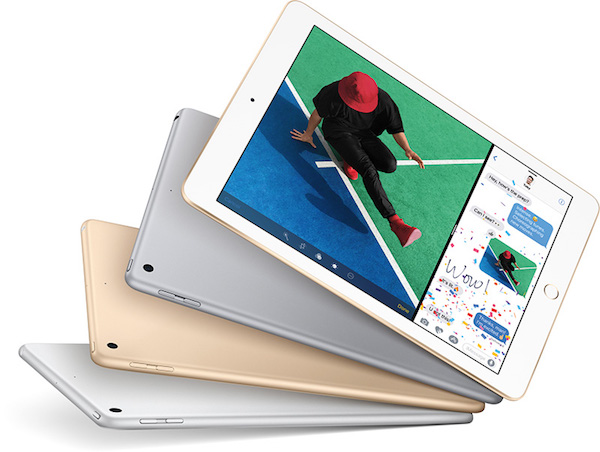 Display: Like its predecessor, we have a 9.7-inch screen packing the stunning Retina display, delivering a 2048 x 1536 pixel resolution at 264 ppi. Apple has previously applied a lot of time and engineering resources into making the iPad display brighter, but not necessarily bigger, which once again shines through with this stunning visual experience.

That said, all those fancy display features found on the 9.7-inch iPad Pro such as True Tone, wide-color (P3) gamut, and fully laminated display with antireflective coating are all missing here as expected. Since this is not a pro iPad, it is missing support for Apple Pencil as well. 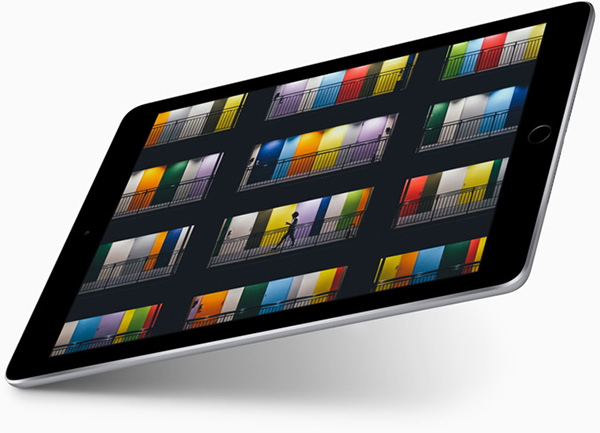 Design: iPad fans who have been waiting for Apple to dramatically alter the hardware’s aesthetic are going to have to continue to wait. Rather than looking to reinvent the wheel and hitting the market with something wildly different to previous models, Apple has chosen the tried and tested design route. Once again, the “if it ain’t broke, don’t fix it” logic has been applied, resulting in a new iPad that is largely similar to what we’ve already had. This also means that compared to the 9.7-inch iPad Pro, the 9.7-inch iPad is thicker by 1.4mm, meaning it’s also thicker than iPad Air 2. The dimensions are more or less similar to that of iPad Air 1.

Processor: As with every hardware upgrade, Apple has also taken the opportunity to ramp the performance up with the inclusion of the new A9 processor along with the M9 motion coprocessor, which should be more than enough to ensure that this latest iPad continues to operate as one of the most performant devices of its type in the market.

Battery: It would appear that nothing has changed with the battery as well, with the new 9.7-inch iPad pumping out up to 10 hours uptime just like the 9.7-inch iPad Air.

Camera: The 9.7-inch iPad keeps the same rear-facing and FaceTime camera as its predecessor. You get an 8-megapixel primary camera capable of recording videos in 1080p @60fps, or in 720p at 120fps for Slo-Mo video recording. Selfie fans can make use of the 1.2-megapixel FaceTime camera which can record videos at 720p. Compared to the 12-megapixel 4K capable camera on the iPad Pro range, this may feel like an old-setup to some, which it honestly is.

Speakers: Keeping up with the earlier choices made by Apple, the 9.7-inch iPad comes packing a 2-stereo speaker system instead of 4 like in 9.7-inch iPad Pro.

Touch ID: The 9.7-inch iPad ships with a what appears to be a first-generation Touch ID sensor for biometric authentication.

Colors: Consumers are able to purchase the hardware in Space Gray, Silver, and Gold. Why no Rose Gold, Apple?

Software: As expected, Apple’s latest addition to its iPad range runs iOS 10.3 out of the box, which therefore means that it comes complete with the platform’s new internal file system (APFS), as well as improvements made to the Find My iPhone experience and all other enhancements made with iOS 10.3.

In all honesty, while this introduction may seem a little boring, it is the price point at which Apple has refreshed the older 9.7-inch iPad Air which makes this new o{ad an attractive proposition. The prices are as follows:

As for availability, Apple will begin taking orders for this refreshed 9.7-inch iPad on March 24 at Apple.com, with deliveries starting to arrive from next week.

Following the new 9.7-inch iPad introduction, Apple has discontinued the 32GB iPad mini 4 and has made the 128GB model the only available option, albeit at the same price as the 32GB model; $399 for the Wi-Fi model, and $529 for Wi-Fi + Cellular. 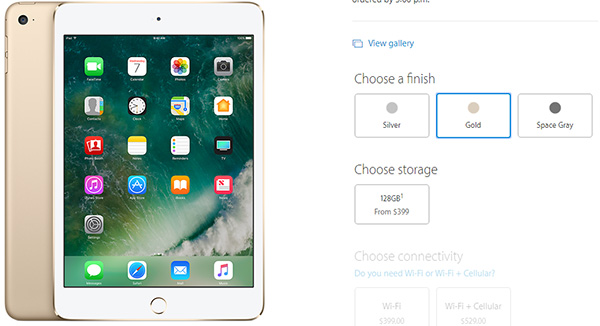