Now that iOS 10.2 beta 4 is available, here are the new changes, if any, and feature improvements that are part of this release.

Apple has today pushed the fourth beta release of iOS 10.2 out to both developers and the public beta stream in order to allow testing to commence ahead of a final general release to the public. Apple has been publishing beta versions of the software for a few weeks now, and this fourth release brings with it stability updates and bug fixes rather than new features, suggesting that the wait may not be a long one before iOS 10.2 proper is released to the masses. 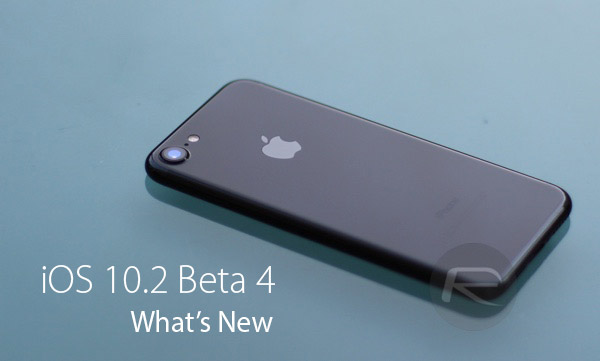 Available to download via both the Apple Developer portal and the over-the-air update system with which we have now all become so familiar, iOS 10.2 beta 4 gives us our latest glimpse at the features that Apple has lined up for public release.

Whilst nothing new appears to have arrived as part of this latest beta release, Apple has honed what it already has baked in, with new emoji and Messages effects added since previous betas for those who like a little whimsy in their lives. Support for additional “Celebrate” and “Send with Love” Screen Effects is included, and Apple’s new TV app is also part of the beta releases, seeing the age-old Videos app replaced, among other things.

Apple also has plenty of iOS 10-related under-the-hood work that it has been keen to finalize, and with iOS 10.2, it has gotten yet closer to finalizing the overhaul that the operating system in many ways received. With this fourth beta receiving bug fixes rather than new features, we would not be at all surprised if this is the last beta release we see for iOS 10.2.

Quite when we can expect it to be released to the public is unclear as yet, but Apple does appear to be happy with the featureset at least.

Fixed in this Release