AT&T has announced its very own TV streaming service, with DirecTV Now set to go live on November 30, while Dish’s Sling TV has added Cloud DVR to its repertoire.

Apple may not quite have managed to tie up all the loose ends that are needed in order to make its streaming video dream into a reality just yet, but that doesn’t mean that other companies aren’t trying to have a go at it themselves. Both AT&T and Dish’s Sling have announced new features and services in the arena that has seen so much growth and change over the last few years, and whilst the Apple TV is getting in on the action, Apple needs to get the ball rolling on its own services before it’s left out in the cold. 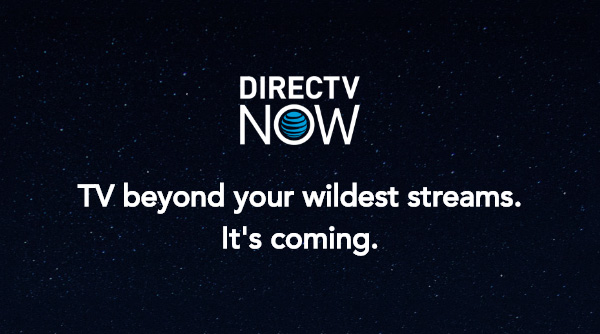 Kicking us off is AT&T, which has announced DirecTV Now, a new customized streaming TV service that offers bundles of content with prices ranging from $35 to $70. Live sport, premium content and popular shows are included depending on the price range you plump for, with the four bundles on offer being Live a Little for $35/month (60+ channels), Just Right for $50/month (80+ channels), Go Big for $60/month (100+ channels) and Gotta Have it for $70/month (120+ channels).

If you forgive the names of those bundles, you will be able to watch content on iOS, Apple TV, Android and Amazon devices, and the web once the service goes live on November 30th, with the $60 “Go Big” package on offer for $35 for a limited time in celebration of the launch.

There is a free seven-day trial that AT&T users can avail for any of the four aforementioned packages from the DirecTV Now website at directvnow.com. Best of all, DirecTV Now usage won’t count against your AT&T data. Oh and if you pay 3-months in advance, you will get free Apple TV set-top box.

It’s important to note that DirecTV Now allows only two simultaneous streams at a time. At launch, there’s no cloud DVR or live TV pausing functionality though they are said to arrive sometime next year.

Dish’s popular streaming service Sling has also announced a new feature, with Sling TV’s Cloud DVR now available as a beta program. Sling says that users will be able to “record movies, episodes, full series and more and watch the TV you want whenever is best for you,” much like PlayStation Vue. The beta will roll out to customers who subscribe to Sling Orange and/or Sling Blue using Roku devices and, of course, signed up for the beta process. 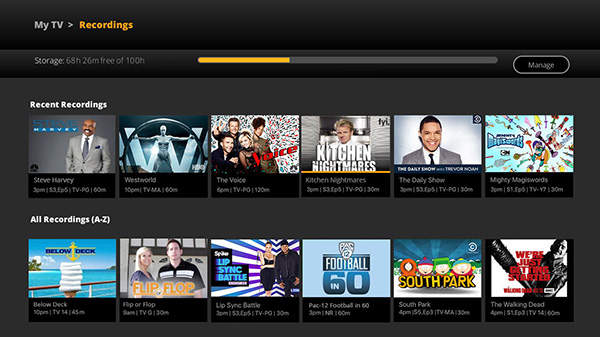 Signing up for the beta is a case of heading over to www.sling.com/dvr and providing an email address, so the barrier of entry is fairly low indeed. If you do sign up though, please do remember that beta title!