Google has made available for download Featured Photos Screensaver for Mac. The software takes advantage of the vast library of stunning photography that gets uploaded to the Google+ social network, packages them into a handy little screensaver solution, and makes them available in all of their glory for Mac owners.

Earlier, these images have been utilized as backgrounds on products like the Google Chromecast, as well as other devices in the market, but are now available for Apple’s platform as a free download. 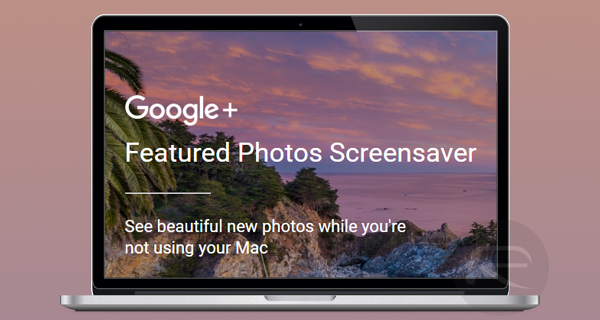 Google has been putting a fair amount of time and effort into wallpapers, screensavers, and generally trying to take advantage of the vast array of stunning photographs that it holds in its possession.

More recently, the company released a beautiful Wallpapers app for the Android platform, with that app being exclusively available on the new Pixel hardware in the first instance. Google has updated the aforementioned Wallpapers app for Android to include these images, but has now expanded the proposition to Mac computer owners as well.

With our new Featured Photos screensaver for Mac, you can display stunning, high-resolution photography from our Google+ members whenever your computer is inactive. The photos are attributed to their photographers so it’s easy to find and follow the ones you like on Google+.

The app is simple to use, and very simple to install by design, but it remains to be seen how many photographers who take the opportunity to share their images on Google+ will be aware that there’s a fairly good chance of those images being scraped and served up on desktops around the world. As part of the official announcement via Google+, the company has informed photographers how they can actually go about setting their uploads to private to ensure that they don’t get scraped by the service and used as part of this new app. 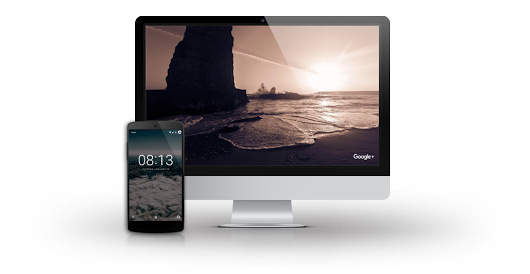 Usage of the new screensaver app is as simple as downloading the file directly from Google, double-clicking the .saver file and making sure that Google Featured is selected in the Desktop & Screensaver section of the Mac’s preferences. When the right amount of time has passed without activity on the Mac, the screensaver will kick in by filtering through beautiful images with the photographers attribution linked against it.

Head over to plus.google.com/featuredphotos to download the screensaver app on your Mac for free.