Apple may have released iOS 10.1.1 early last month month to fix a bug with how Health data was handled for certain users, but it looks as though it has actually introduced some inadvertent issues that are causing a growing number of device owners concern. It’s generally a good idea to immediately update an iPhone or iPad to the latest available firmware as soon as it shows up as a software update, but the growing number of device owners reporting new battery and shutting down issues on Apple’s support forums would suggest that all is not right with iOS 10.1.1.

The growing thread on Apple’s support forum now extends over more than thirteen pages, with each message on the thread all seeming to suggest the same thing; that upgrading a device to iOS 10.1.1 introduces random battery life behavior that causes the device to shutdown as if it had no power left.

Rather than introducing an issue where batteries rapidly drain down to 0% quicker than normal, it seems that iOS 10.1.1 contains problems that sees the phone entirely shutdown when a certain battery percentage is reached. If there’s anything more infuriating than a battery draining down and dying when you’re without access to power, it’s the device actually shutting itself down when it shows that it still has 25, 30 or even 40% left in the tank.

The original creator of the forum request for help suggested that his device was prone to shutting itself down on iOS 10.1.1 when it hit 30%, with many other device owners jumping on the bandwagon to let the world, and Apple, know that their device is also suffering the same behavior. 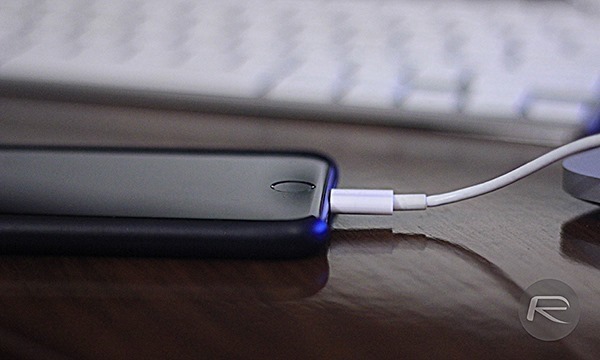 The bizarre thing is that when the device is plugged in, and turned back on, it instantly shows that it has plenty of battery life available, with some showing upwards of 25% almost immediately. Device owners are also taking to Twitter and other social networks to vent their frustration with the issue, with one users sarcastically suggesting that iOS 10.1.1 ships with Apple’s “most advanced battery-draining capabilities yet.”

While Apple is yet to officially respond to this problem, the company has only recently invoked a recall program for iPhone 6s owners who have been experiencing battery issues that have been narrowed down to a very specific range of serial numbers. Unless Apple issues a fix for this issue soon, it could have a number of other replacements on its hands.

In the meantime, you can try downgrading back to iOS 10.1 as Apple is still signing that firmware to see if that fixes the problem. You can follow our guide here on how to do that: How To Downgrade iOS 10.1.1 / 10.1 On iPhone Or iPad [Tutorial].