After an exhausting, but highly rewarding week of hosting developers at its annual Worldwide Developer Conference (WWDC 2016) in San Francisco this year, the company has found the time to push out the second pre-release seed of the next iteration of the iOS mobile platform, which as always, is available for those 13 million+ registered developers of Apple Developer Program to download, install and test immediately. 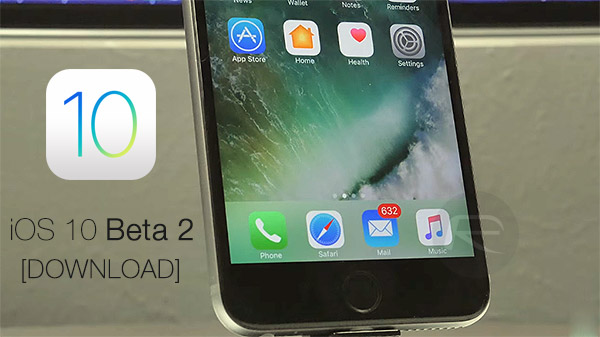 As is usually the case with this type of release, the second beta of a major platform update generally focuses on stability and reliability rather than taking the opportunity to introduce any major new features or outward-facing changes. After all, it has only been three weeks since Craig Federighi took to the WWDC 2016 stage to actually introduce a whole plethora of changes that were showcased in the first iOS 10 beta. It would be a tad greedy to expect more outward changes so early after that.

The majority of developers who have installed the maiden iOS 1o beta onto their devices – and for that matter, the non-developers who managed to get access to a friend’s or colleague’s developer account – have been enjoying the new improvements, but have also reported a number of stability issues, including what seems like random reboots and crashes when interacting with some of the new iOS 10 features.

Well that was always going to be the case with a first beta release for a platform that features so many changes, meaning that iOS 10 beta 2 will focus on eradicating those issues to push the firmware forward.

Once again, it is worth mentioning that with iOS 10 Apple has dropped support for the 4-inch iPhone 4s, as well as iPad 2, iPad 3, iPad mini 1 and iPod touch 5th-gen. You can check out the complete list of iOS 10 compatible devices here: iOS 10 Beta Compatibility For iPhone, iPad, iPod touch.

It should be common knowledge by now, but developers with iOS 10 beta 1 already installed on their iPhone, iPad or iPad touch can grab the second beta through the Software Update mechanism basked into the iOS Settings app (Settings > General > Software Update). 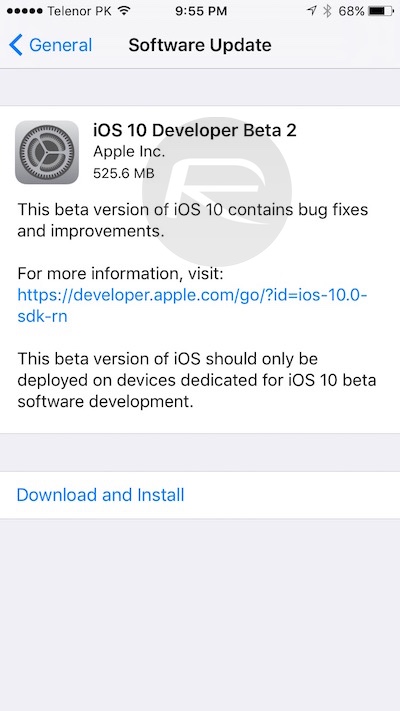 If you are a registered developer, and are yet to try out iOS 10, you can of course grab the IPSW file from the Apple Developer portal by heading to developer.apple.com, or install the Beta Configuration Profile directly onto the device to enable beta OTA installs. You can find full installation instructions for iOS 10 betas here: Download iOS 10 Beta 2 & Install On iPhone 6s, 6, Plus, SE, 5s, 5c, 5, iPad, iPod [Tutorial].

We will keep you updated with news about any new features or changes if discovered within this second pre-release seed of iOS 10.