Is your iPhone, iPad or iPod touch compatible to run iOS 10? Here’s iOS 10 compatibility chart to help you check whether your device is capable of running the latest version of iOS.

After a number of months of speculation and conjecture, Apple has finally made next major iteration of iOS – the iOS 10 – available to all. As is historically been the case, the run up to this year’s WWDC conference before the iOS 10 unveil included a number of discussions about not only the new features and integrations to be offered with iOS 10, but also the devices and hardware that it will support. Apple generally tends to want to get as many consumers as possible in on the latest firmware action, meaning that the company does its very best to support as many devices as possible, both old and new. Once again, as we saw with iOS 9, it doesn’t really disappoint. 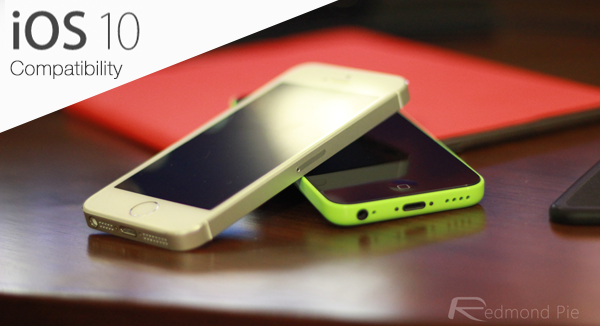 In an ideal world, every new major release of iOS would simply install and run perfectly on all Apple devices that are still in use. That would ideally include all iPhones, iPads and iPod touch devices still in circulation and used on a daily basis.

Unfortunately, that is a pipe dream that doesn’t really have a basis in reality, with many older devices simply not being equipped with the hardware and processing power needed to run feature intensive software platforms efficiently. To that end, Apple had to drop support for the 4-inch iPhone 4s, iPad 2, iPad 3, iPad mini 1 and iPod touch 5th-gen for the same reason.

While not shown in chart, the newly announced iPhone 7 and iPhone 7 Plus of course are also supported.

If your device is listed above, then congratulations, but be mindful that just because your hardware supports the installation of iOS 10, it doesn’t necessarily mean that every single new feature of iOS 10 will be available on that hardware as Apple restricts certain features based on hardware capabilities of the device.