As you may have gathered, Instagram finally made its way to the many millions of Android users on Tuesday, and although it’s certainly a step in the right direction for the most popular image networking app on the planet right now, it’s definitely crying out for some sort of web interface.

With Android now on board, it’s fair to say that most of today’s mobile market has been accounted for. That said, if one looks at the likes of Facebook or Twitter, many users still log in on their desktops to check, share and socialize. By offering a web interface as well, Instagram would be leaving no stone unturned, rendering every individual with an internet connection as a potential consumer.

With work on the Android version having sapped most of the Instagram team’s energy/attention, we aren’t expecting a web app any time soon, but Instagrille for Windows does offer a  pretty neat desktop version in the meantime. 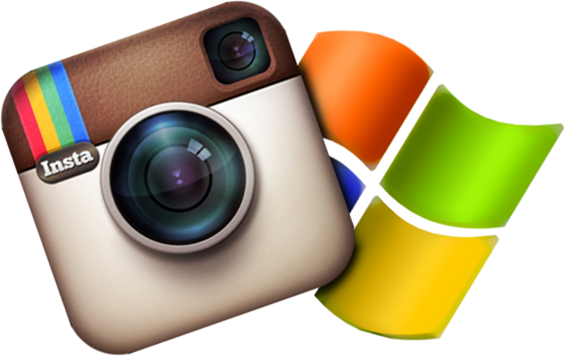 It’s created by SweetLabs – a development team focused on delivering the very best in HTML5 apps and games through an app called Pokki. Having seen a lot of companies try (and often fail) to bring exclusively-mobile experiences to the Big Screen, I didn’t expect this to be quite as good as it turned out to be.

After a five minute install (faster on a decent connection, I’d presume) the Pokki umbrella app sat nicely on my taskbar. For purpose of clarity, I’m running the Windows 8 Consumer Preview. 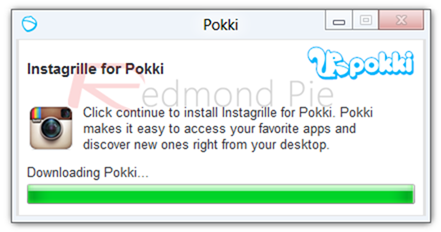 After the formality of a login and "allow access" page, I was met with my profile page. Having only signed up to Instagram yesterday (shameful, I know), my Instagram portfolio is pretty bare, as you can see, so I headed over to a few friends’ pages for a more detailed look at Instagrille. 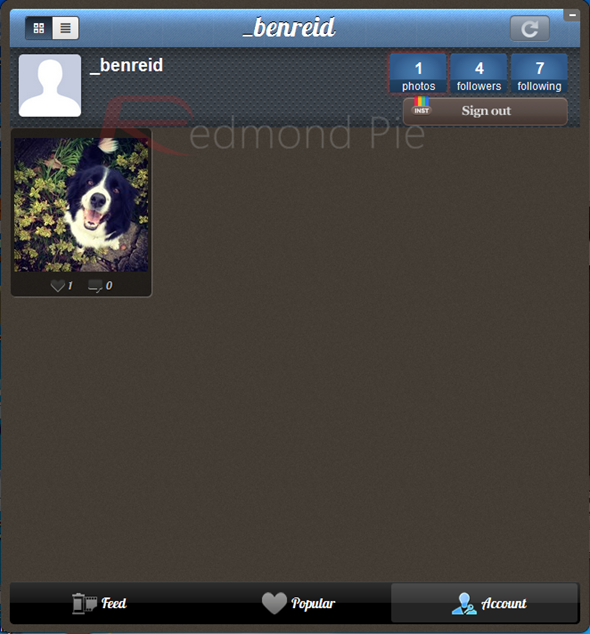 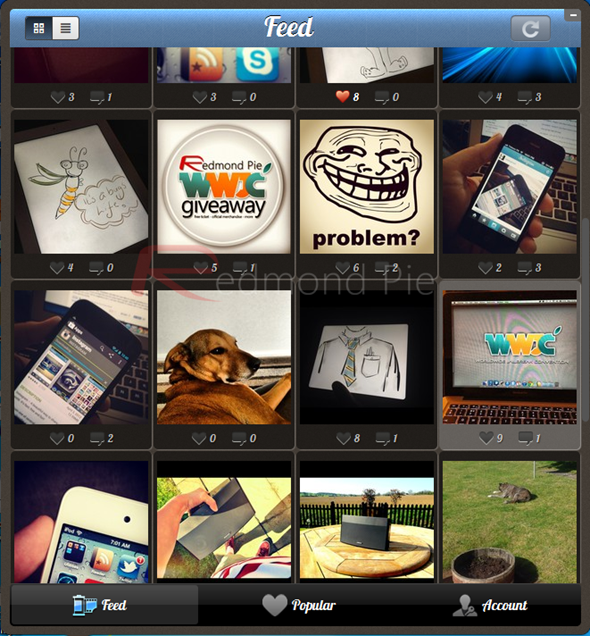 I was struck by just how smoothly everything runs. Using Instagram on an iPhone 4S, as I’ve been, is just about as smooth an experience as you can get, thus any competitor has much to live up to. Adding comments and likes to images is simple, lag-free, and to be honest, rather enjoyable.

The convenience factor isn’t as prevalent on the desktop, as you may expect, but as a backup, it’s certainly worthwhile. Images are larger, and Instagrille certainly points in the direction Instagram should go, should there ever be a web app. 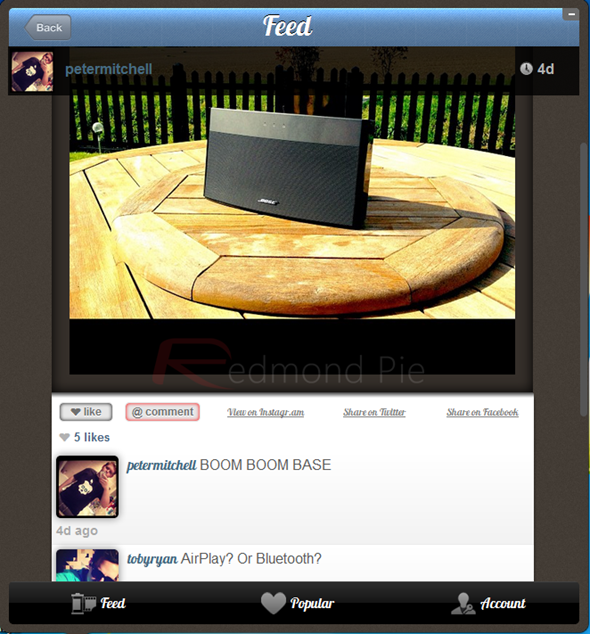 All in all, it’s hard to fault SweetLabs’ effort, but for me, it just doesn’t have that cutting edge of the iPhone version. Furthermore, unless you count webcam, most desktops will need to import photos from an external device – certainly reducing the ease in which one can snap and share.

It’s certainly worth the download, though, so check the link below and let us know what you think of Instagrille by dropping a comment on Facebook or Google+.