In The Wake Of Note 7 Recall, Samsung Galaxy S7 Edge Now Explodes While On Charge

An employee from one of the largest carriers in the United States is claiming that one of the company’s customer has experienced an exploding Samsung Galaxy S7 Edge incident.

The employee, has understandably requested to remain anonymous, suggesting that the customer in question experienced an exploding S7 Edge handset while it was on charge using Samsung’s original and official charger. What makes this even more depressing for the customer, is the fact that he had just taken ownership of the S7 Edge two weeks earlier after trading in for a recalled Galaxy Note 7. 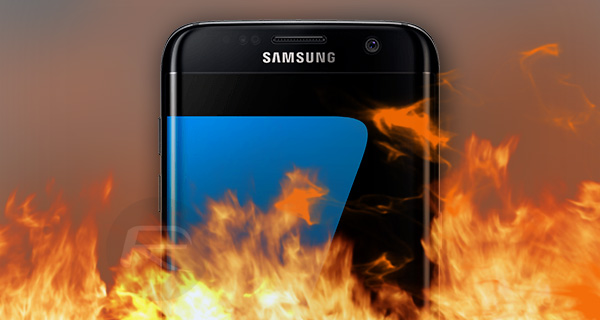 We’re sure that Samsung will want to do its own investigation on this latest Galaxy S7 Edge to explode, but it’s by no means the first device in this model range to suffer from this type of issue. Just last month we heard about another Galaxy S7 Edge exploding, this time in the trouser pocket of an individual working a construction job.

That particular incident resulted in the unfortunate device owner suffering from third degree burns and having to go through extremely painful skin graft procedures for which the owner is in the process of taking legal action against the South Korean company.

Similar to this latest incident, there was also another exploding S7 Edge last month that was placed on charge overnight using the original supplied Samsung charger, which also ended up in disaster with the hardware catching fire while taking on power. Of course, it’s easy to actually point the finger directly at Samsung given the fact that the Note 7 debacle has raised awareness of device explosions, but this issue isn’t unique to the company with Apple also having to deal with an exploding iPhone 7 incident recently. 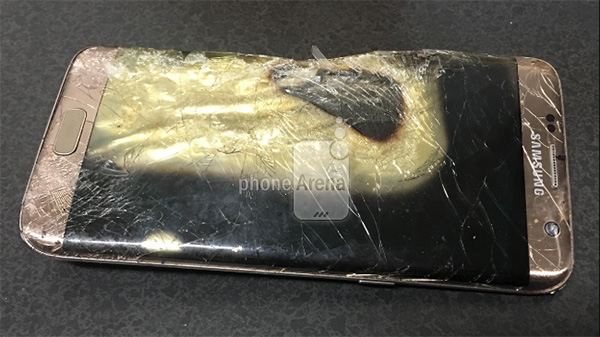 One thing to remember here is that there is, and always will be, a very small number of devices that ship with lithium-ion batteries which will ultimately ending up meeting such fate. The failure rate of that particular technology means that approximately one in every ten million devices sold using lithium-ion batteries will have some issue.

Of course, with Samsung being aware of over 100 such cases of the Note 7 range in the United States alone, they will definite want to take a close look into this as well.