Firegate? A local Australian news outlet is reporting that one of Apple’s iPhone 7 smartphones has caught fire while covered with clothing in the back of a parked vehicle.

The report focuses on a surfing enthusiast on the south coast of Australia who claims that his iPhone 7 was left in the back of his vehicle, covered by clothes that he had changed out of prior to hitting the waves for a surfing lesson, only for it to spontaneously combust, setting fire to the clothes on top of it and leaving the vehicle damaged and filled with smoke.

The iPhone 7 in question, which belonged to surfing instructor Mat Jones, was purchased just a week ago with the owner claiming that there had been no previous signs of overheating, or that any of the components within may have been defective.

He also claims to never have dropped the device to potentially cause any internal damage that could have been a catalyst for the fire, or used any type of foreign or third-party charger that hadn’t been approved by Apple as safe for use.

Jones has told the Australian news outlet that “ash was coming from inside the pants, which then once you wrapped open the pants, the phone was melting inside of it.” 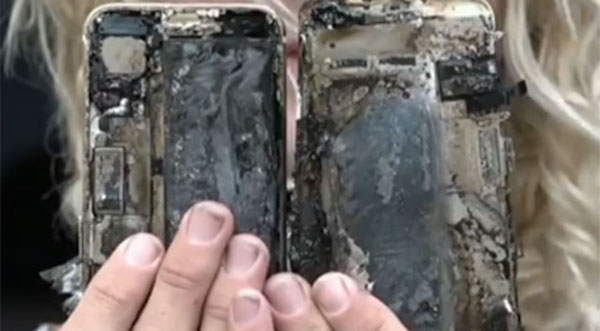 Officials from Apple have confirmed that they are in touch with Jones and are now investigating into the claims.

There’s an immediate correlation between this incident and Samsung’s recent woes with the Note 7, which is to be expected. It’s important to note that out of 2 million Note 7 that were sold in total, over 100 cases of fires were reported in the United States alone before the device was pulled. With Apple usually selling 10-20 million iPhones on launch weekends alone, this appears to be more of a isolated incident due to overheating, as has been reported a number of times on previous-generation iPhones as well, unless of course Apple’s investigation proves otherwise.

So, what do you guys think? After hissgate, storagegate, and then modemgate, do we now have a firegate issue with iPhone 7? Sound off in the comments below.