iMessage, which in a nutshell is Apple’s belated attempt to jump on the free instant-messaging bandwagon (as seen with BlackBerry Messenger et al), may also be integrated to the Mac iChat service, which would certainly add an extra dimension to proceedings. 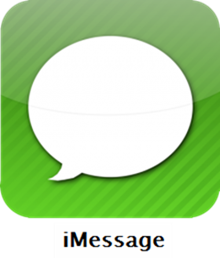 Announced at WWDC ’11 as a pivotal inclusion of the upcoming iOS 5, the service will allow iPhone, iPad and iPod touch users to save a few bucks by sending text messages, pictures and the like to other iDevice users via Wi-Fi or cellular connections. The insight of one developer, having scrutinized the innards of OS X Lion’s iChat service, has suggested that the fruit company may also integrate the service into its Mac range. Apparently, deep within the frameworks of the latest iChat version in development lies two previously unseen properties, which are highlighted below:

Those timeDelivered and timeRead fields at the bottom bear the hallmarks of delivery and read receipts for instant messages, yet neither are native iChat features, but iMessage features. It would be naïve to presume that this means Apple will definitely be amalgamating the two, although it does appear to be preparation for eventual cross-compatibility. It would make a great deal of sense for Apple to port iMessage to its computing range as well, and it wouldn’t be the first time, either. FaceTime was initially a iPhone, iPad and iPod Touch-only feature which gradually welcomed the Mac and MacBook to the fold, and there is no reason why Apple’s latest addition shouldn’t follow suit.

Here is a concept video to give you an idea of how it could work, should it materialize:

The ability to communicate so effortlessly between computer and portable gadget will only increase the diminishing line of differentiation between the two. A phone is no longer a phone, it is a pocket computer, console, music and video player all rolled into one. Checking an email on a mobile device was once a novelty, but nowadays, it is as commonplace as the using phone feature itself.

iMessage will be bundled along with iOS 5, which is slated for official release on October 10th, following a record-equaling eighth beta release which is expected to drop this Friday. Along with all of the other features such as Newsstand, Notification Center and a marked improvement in the browsing experience, expect iOS 5 drop with a bang!