Unless you’re without power and can’t get to the Internet or watch TV, you’re likely aware that Microsoft’s BUILD conference is currently taking place. Microsoft kicked it off yesterday by showing off the next major upgrade for Windows, known as Windows 8, and today it focused on development for the platform.

At the cornerstone of Microsoft’s strategy there has always been Visual Studio, the user-friendly IDE that manages to appeal to beginners and hardcore developers alike. Ever since 1995, the system has changed in the face of evolving Microsoft software, therefore it’s naturally being revved up once again as Windows 8 inches closer.

The result is Visual Studio 11, the new version of the IDE that makes effortless Windows development a reality. This new release includes .NET 4.5 Developer Preview, and support for many of Windows 8’s new features, including the ability to develop Metro-style apps, which are displayed on Windows 8’s new "Start Screen", support for HTML5, CSS3, enhancements for game development, Code Clone Analysis, Code Review Workflow with Team Explorer, Exploratory Testing and Enhanced Unit Testing.

More than just support for Microsoft’s newest platform, however, Visual Studio 11 makes the job of developing applications easier for developers, especially graphic intensive ones. For starters, there’s a new built-in image editor that supports alpha blending: gone are the days when you had to use a separate tools for your app’s graphical needs. There’s also a new debugging tool that allows developers to track down visual flaws in a 3D environment and diagnose the problem. 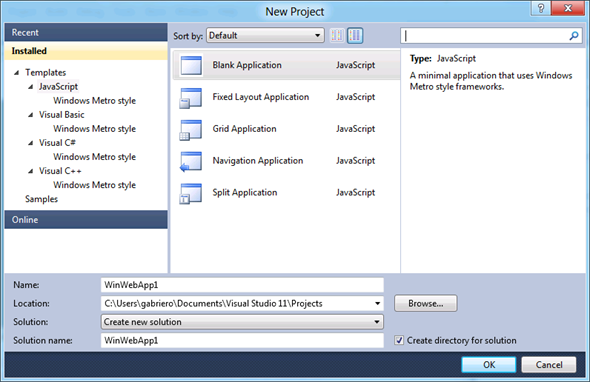 There’s more than just graphics, however. Following the current trend of transitioning offline services to the Internet, known as the ‘cloud’, Visual Studio 11 includes several features that make it easier to create apps that interact with an online back-end, as explained by Microsoft’s Server and Tools Business President Satya Nadella:

Developers have long been the cornerstone of Microsoft’s success, and that relationship is now more important than ever, In today’s world of connected devices and continuous services, we are focused on helping developers build the next generation of client applications that are tethered to a back-end cloud.

We could go on and on about what’s new in Microsoft’s new IDE, but why not try it out for yourself? If you own an MSDN subscription, you can download the Developer Preview of Visual Studio 11 today. Remaining users can download the 64-bit version Windows 8 Developer Preview, which was released yesterday and includes all Windows 8 development tools, or just wait for the standalone release which will come out this Friday, according to Microsoft.